The Baileys in this Sticky Toffee Baileys Pudding is the best way to reinvent the British pub dessert classic. Baileys is baked into the sponge and poured liberally into the toffee sauce for heavenly reasons. This gluten-free version also goes one step further in deliciousness by using teff flour instead of wheat flour. 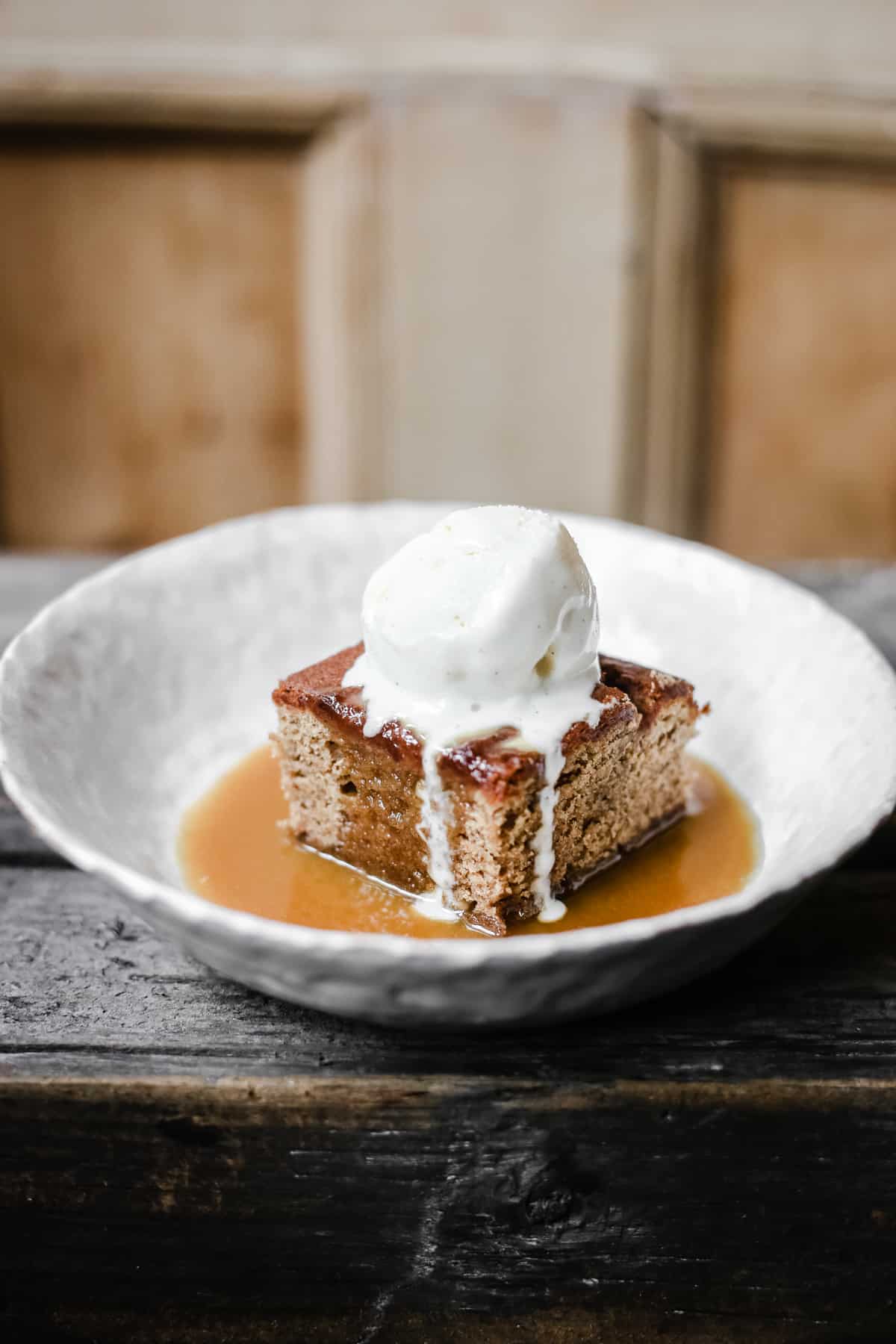 Sticky Toffee Baileys Pudding is the reason I am visiting old recipes and giving them the old gluten-free treatment. This pudding is positively invigorated by its re-invention. The teff flour used instead of plain wheat flour gives the sponge so much more complexity of flavour and compliments the spices wholeheartedly. There is no loss of texture either as the tapioca flour helps with the binding and ‘bounciness’ of the sponge. 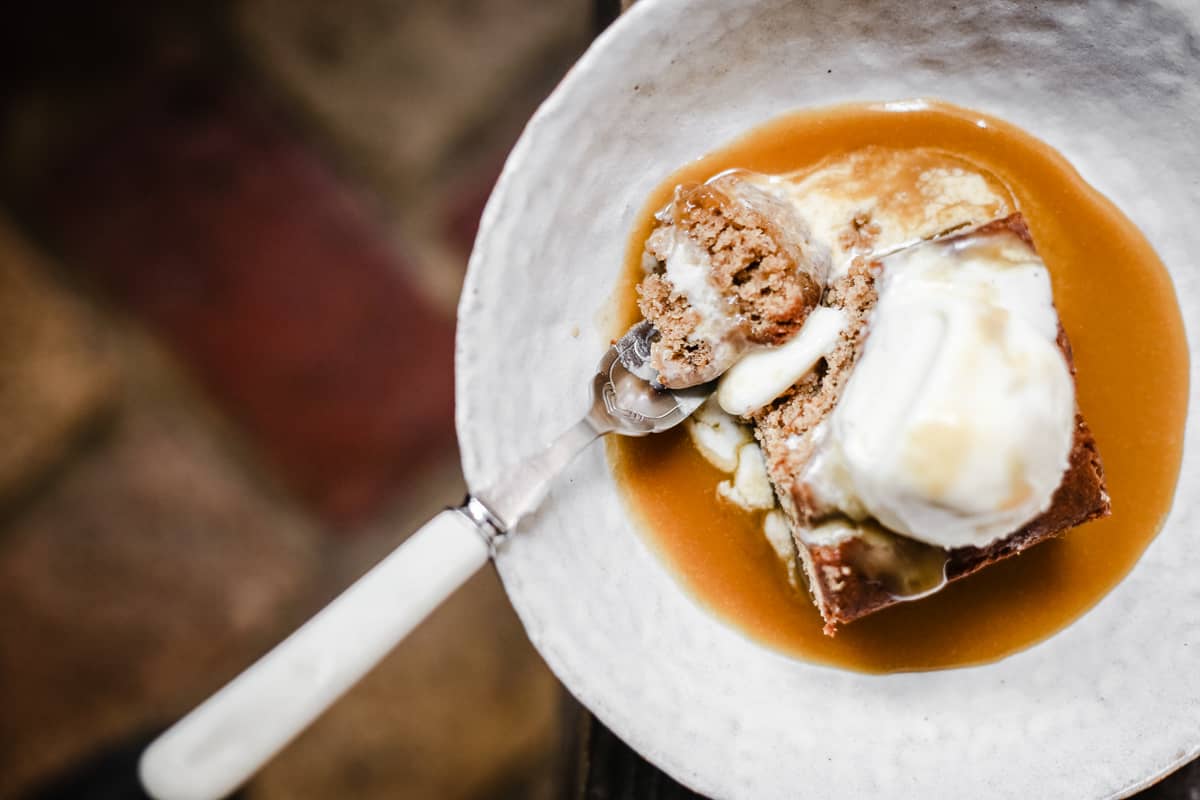 This is by far the best Sticky Toffee Pudding I have ever tasted. I have started making a version of it for the cake stall and it is a customer favourite. 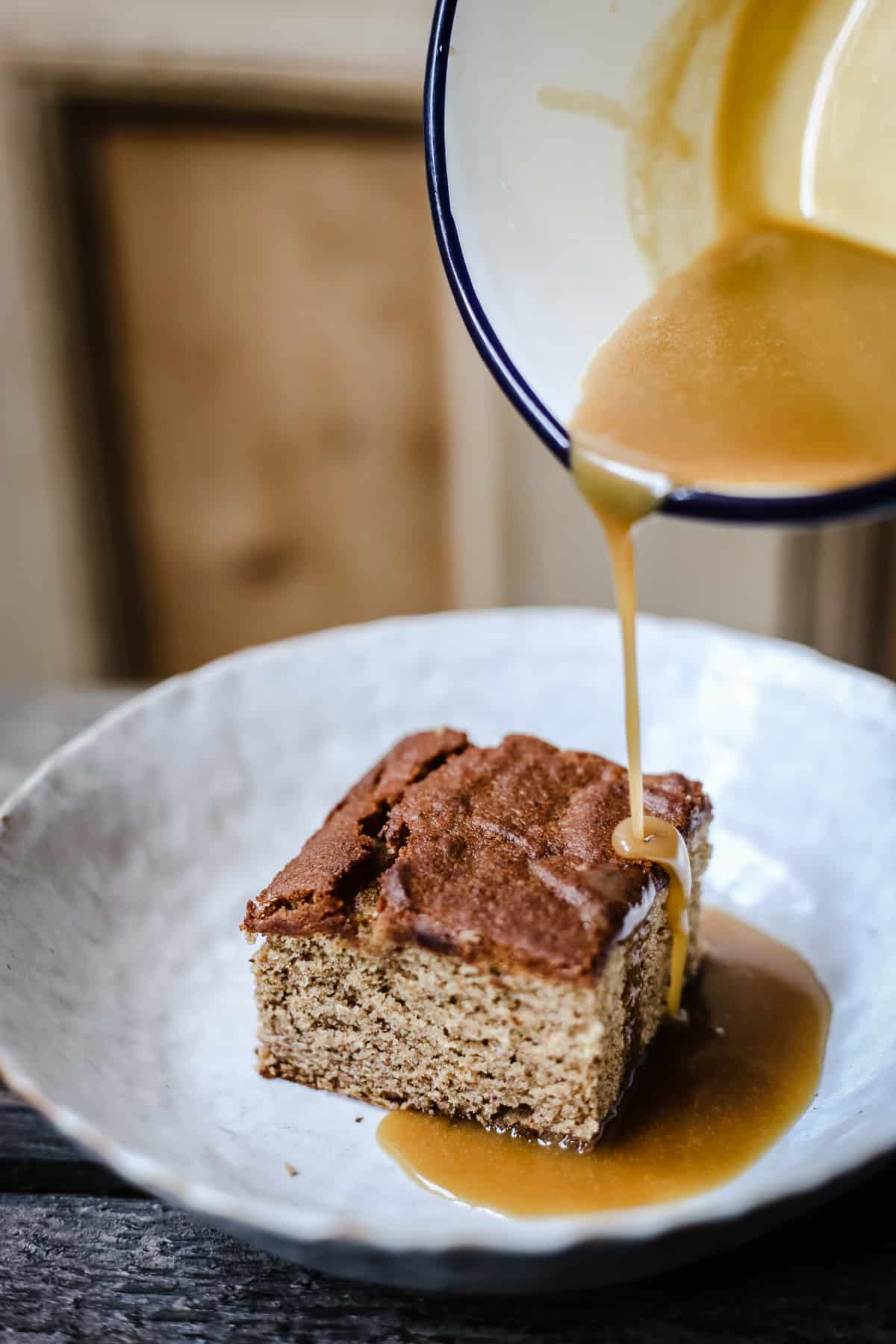 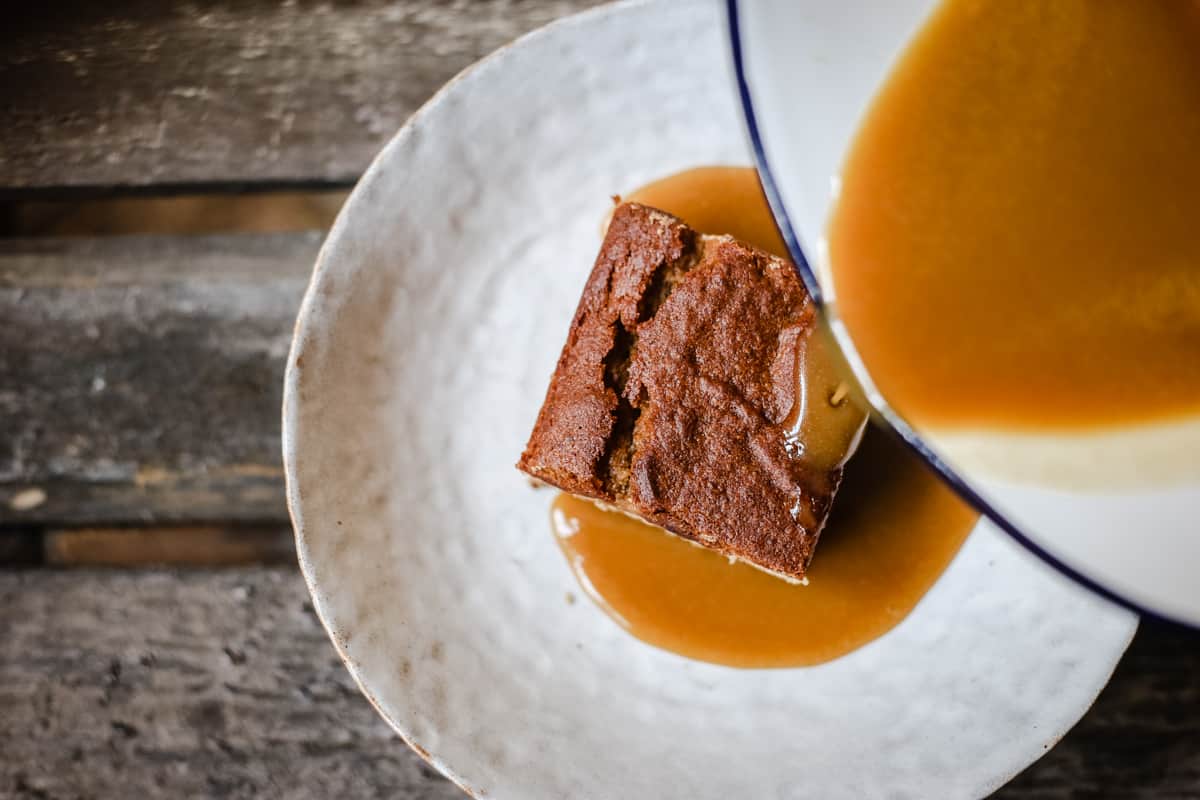 I originally posted this recipe using wheat flour on St Patrick's Day three years ago. I think today's Sticky Toffee Baileys Pudding is a far superior version so I’ve replaced it with this one and for posterity’s sake the words below are all from my original post in March 2014. Reading it made me a little wistful for the times where we did, as I mention below, nip to the local pub of an evening during the week for a glass of wine and supper to share our day’s news. A sleeping child upstairs scuppers this sort of carefree existence. A takeaway and an episode of Elementary is as good as it gets these days. Woe is us. 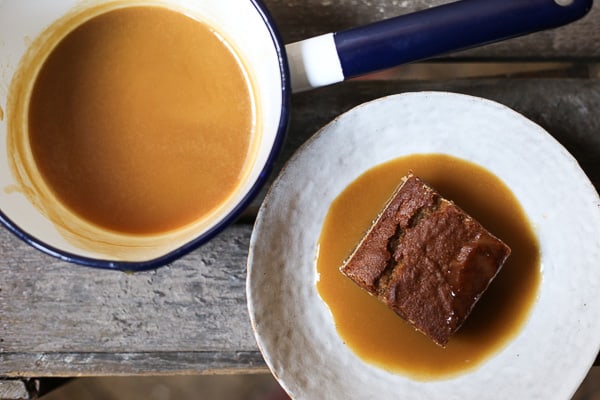 "At your local pub you can rely on a few solid menu staples. Whether it’s sausage and mash, a chunky burger or steak and chips you know the kind of company you’ll be keeping with your pint. We are very lucky where we live in North London that we have two or three very good pubs which we can go to for a quick Saturday lunch, a slap up Sunday Roast or a mid-week life saver when we are both weary and want to sit down with a glass of wine and a quick supper to share our day’s news. 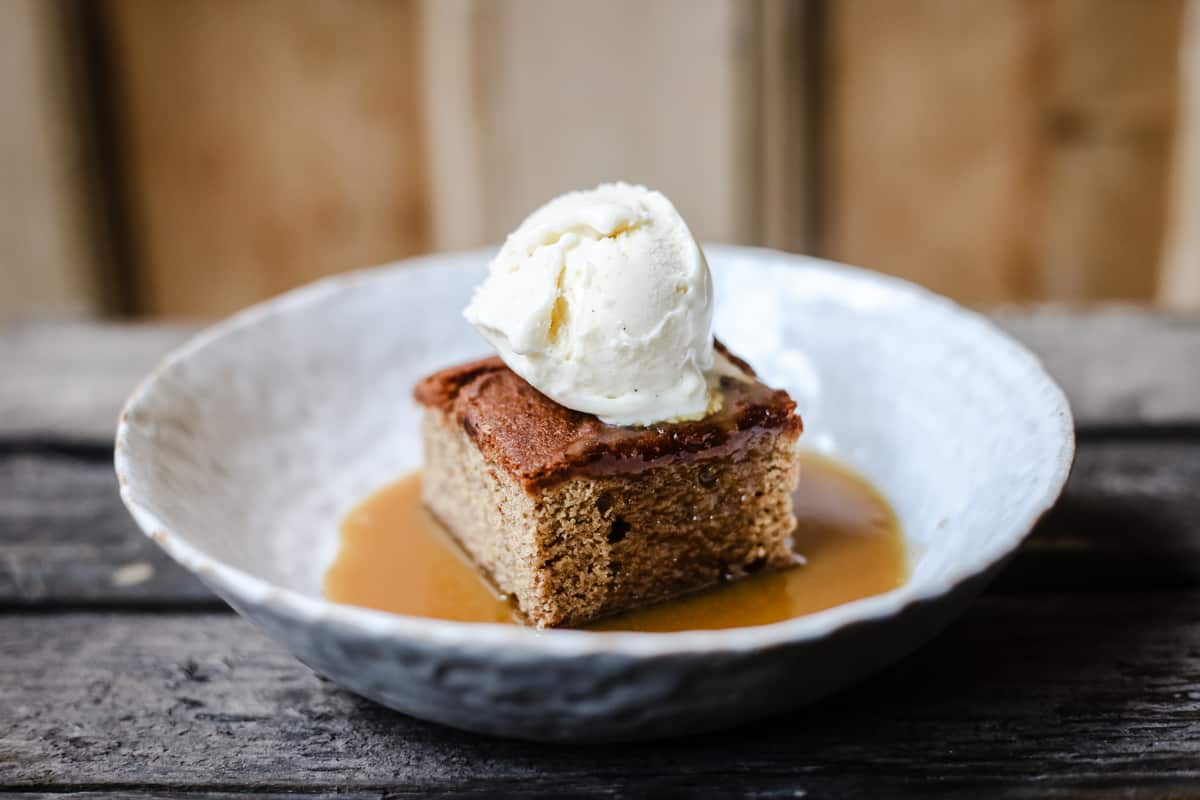 The sticky toffee pudding is one of the most prevalent stalwarts of the local English pub and can reliably be found propping up the odd Eton mess or lemon cheesecake on the dessert menu. Last week I steamed a traditional suet pudding, bringing a centuries old recipe to the table, but today I wanted to pay homage to a more current British classic. You would be forgiven, due to its ubiquity, for thinking that the sticky toffee pudding has been around since the Roman invasion. In fact it was only created in the 1970s by Francis Coulson to serve at The Sharrow Bay Country House Hotel in the Lake District. There is not much about this pudding I can tell you that you won’t already know; plump dates are added to a slightly spiced cake batter and drenched with a rich toffee sauce. I think you would be hard pressed to find any Englishman worth his salt who hasn’t partaken of the sticky toffee at the end of a hearty pub meal. 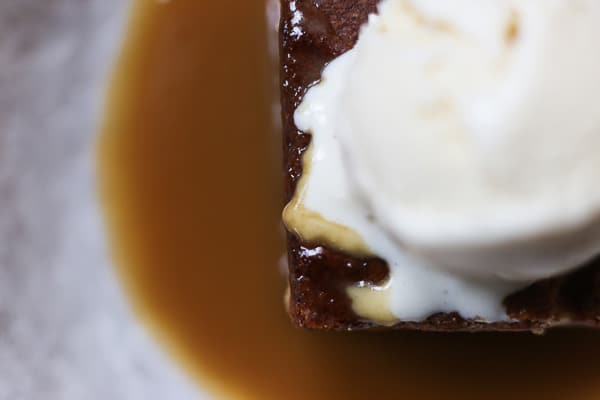 The only problem with our obsession with sticky toffee pudding is that it can be leaned on too much, with little room given to any other dessert options. Until recently I hadn’t bothered ordering a sticky toffee pudding for a few years, to say this particular pudding had been worn into the ground I had considered an understatement, especially since so many pubs serve a version which can only be described as subpar. I didn’t think there was much more this dessert could offer me and I was longing for a shake up of this national institution. 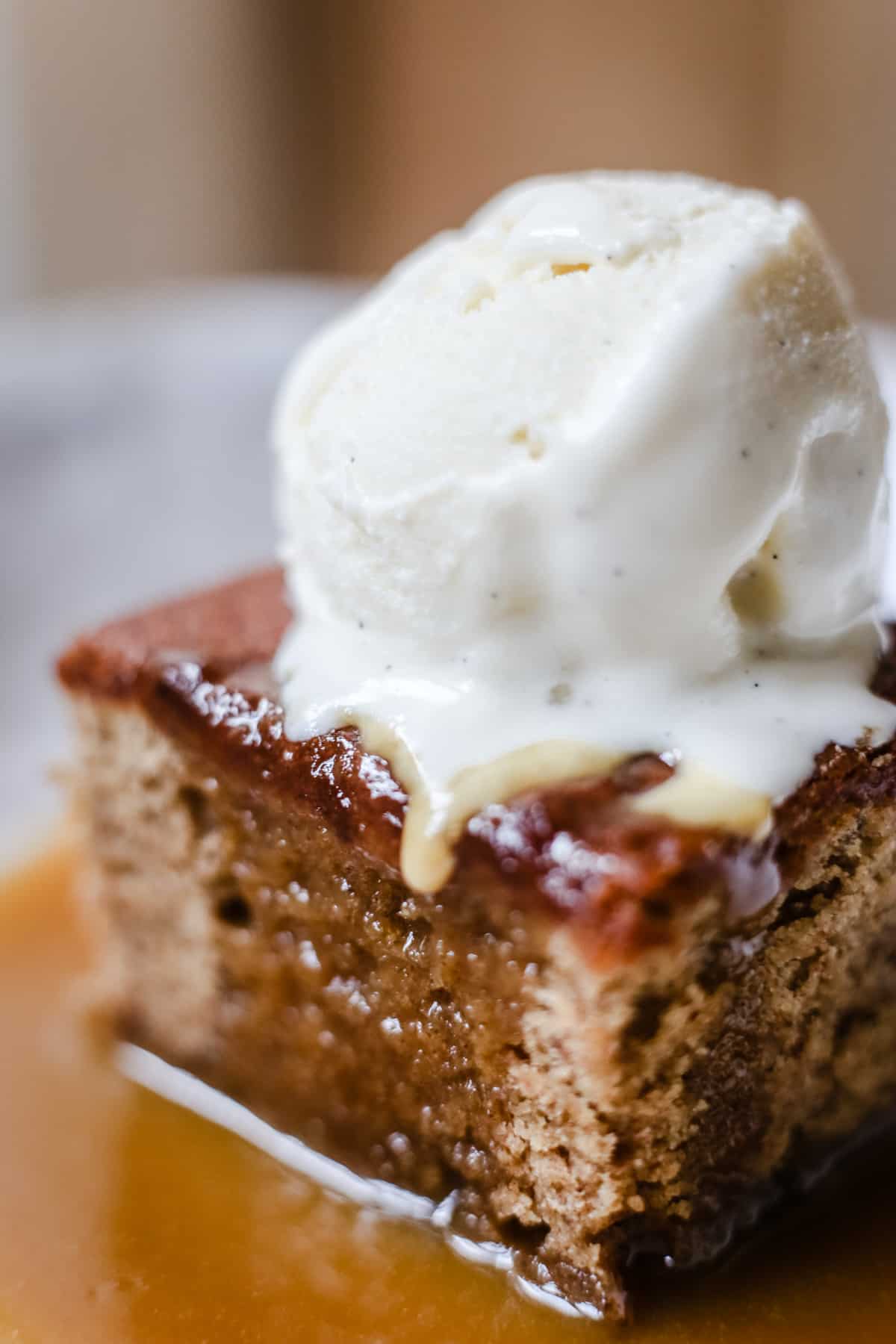 However, last week I had a sticky toffee pudding at the Victoria Stakes at the bottom of Muswell Hill and it reminded me how comforting and homely it can be and immediately made me want to try my hand at home. This is always the sign that I have had a good meal. 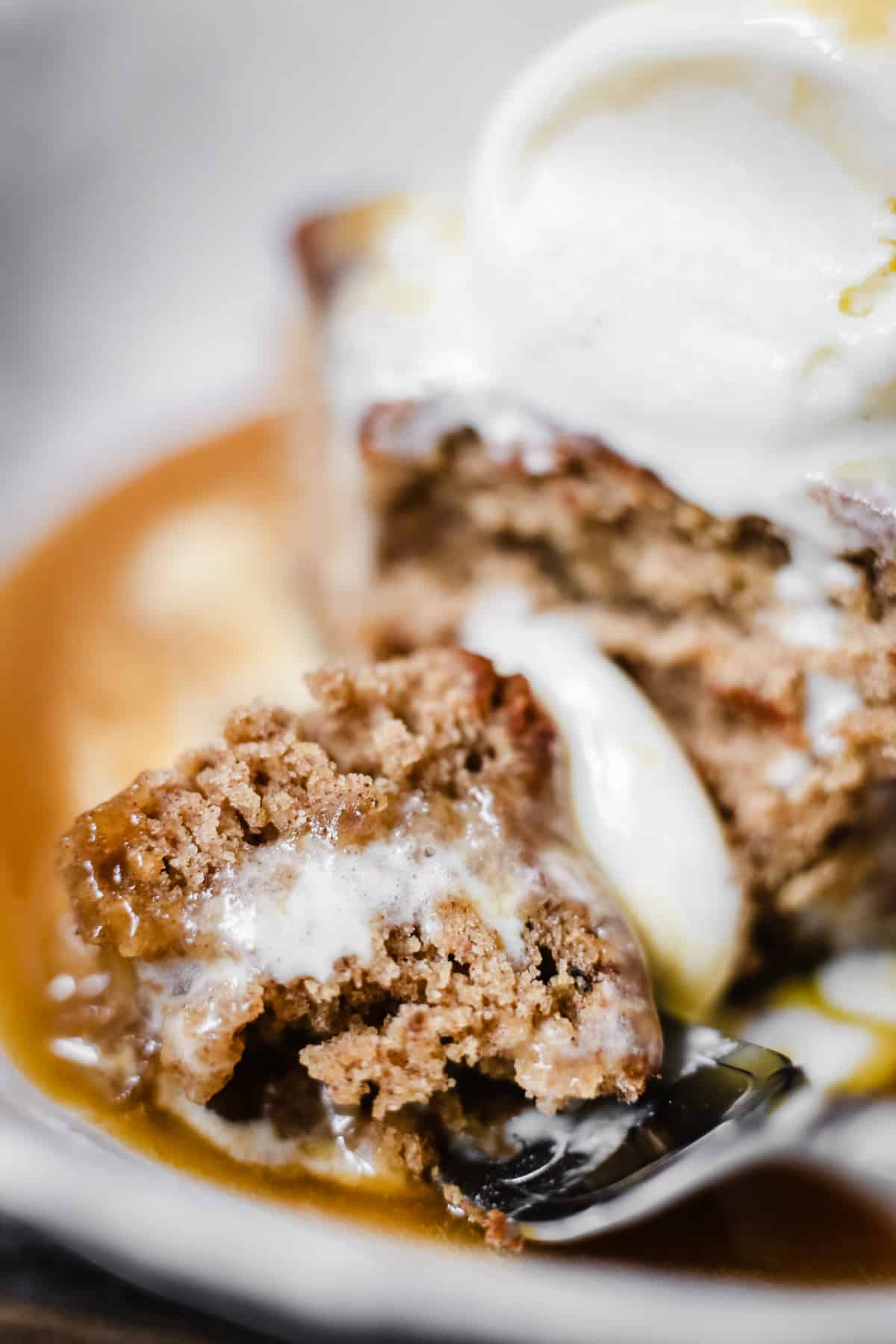 It’s St Patrick’s Day today so I wanted to Irish it up a bit. The Baileys is welcomed into this pudding like a long lost relative, giving even more creamy stickiness to the dates and as it peps up the toffee sauce it also removes some of the inherent sickliness. There is only one accompaniment to this pudding in my eyes and that is the best vanilla ice cream you can get hold of." 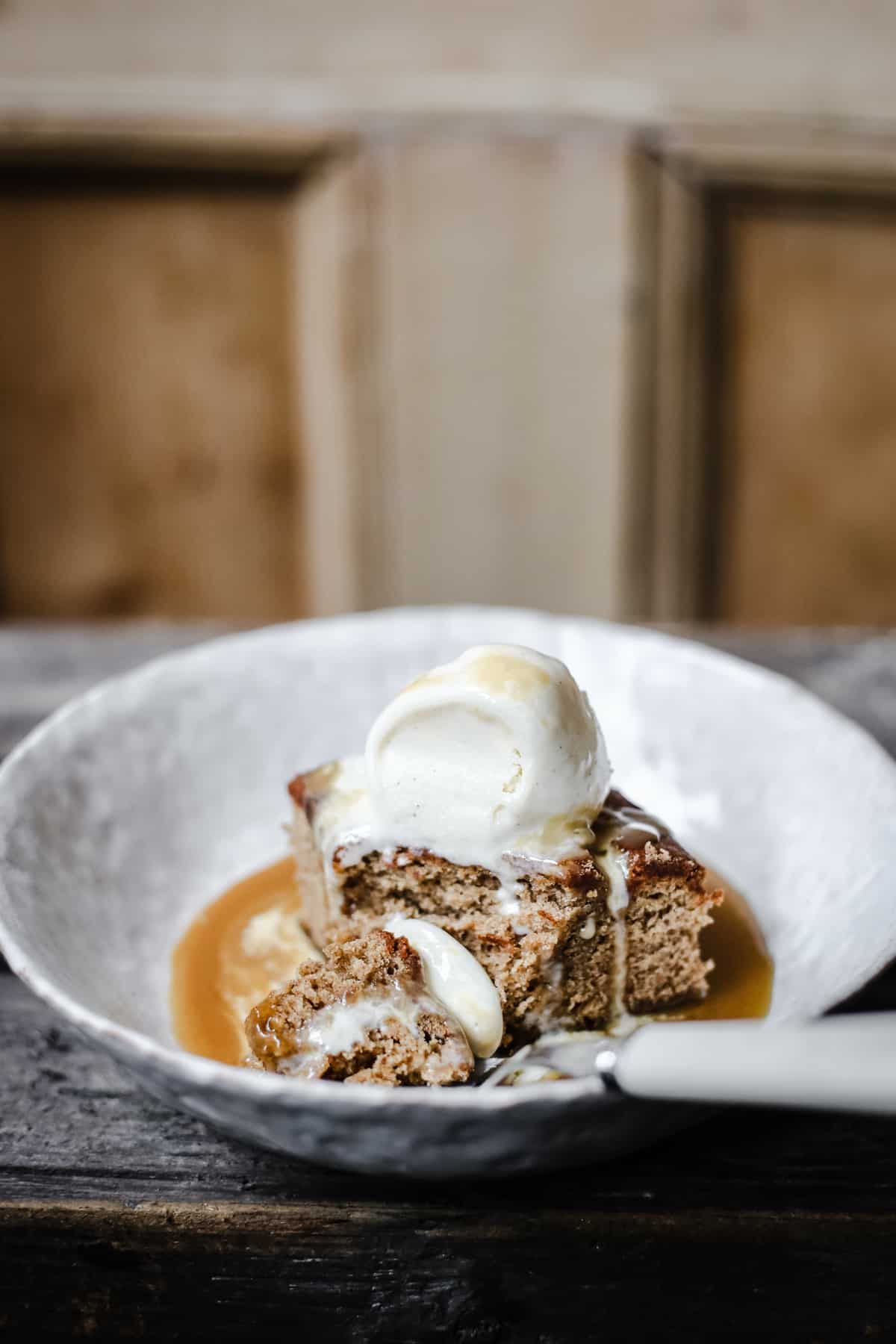 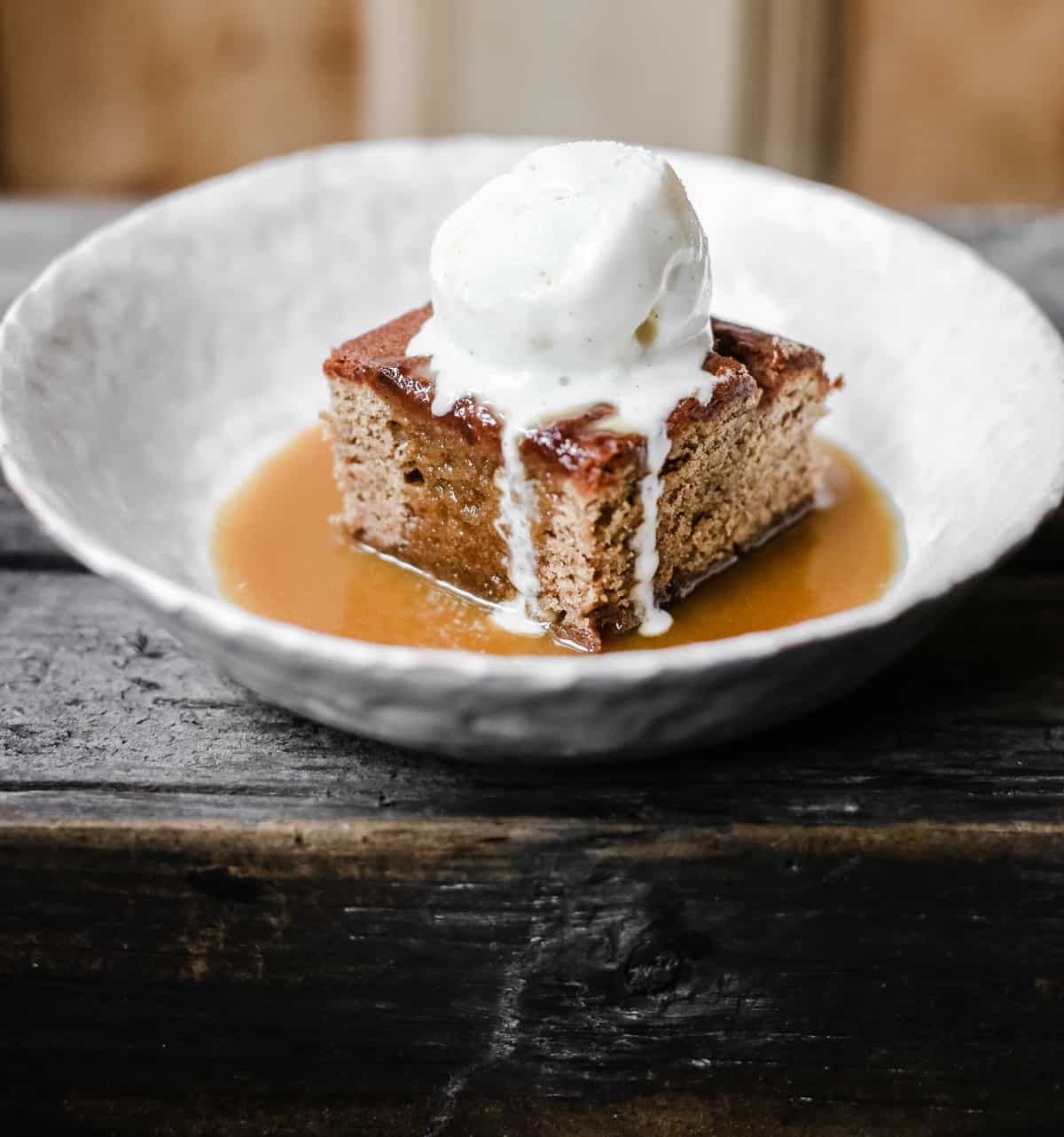 For the Toffee Sauce: