Home » Gluten-Free Baking » Why You Should Weigh Ingredients vs. Measuring With Cups 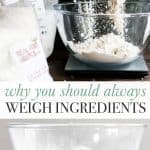 The choice to weigh ingredients vs. measuring with cups can make all the difference in your recipe. Digital kitchen scales are one of the most invaluable tools at your disposal as a cook or baker. They help to produce accurate and reliable results from recipes. Plus they are inexpensive and only take up a small amount of space in your kitchen. Why don’t we all use them? 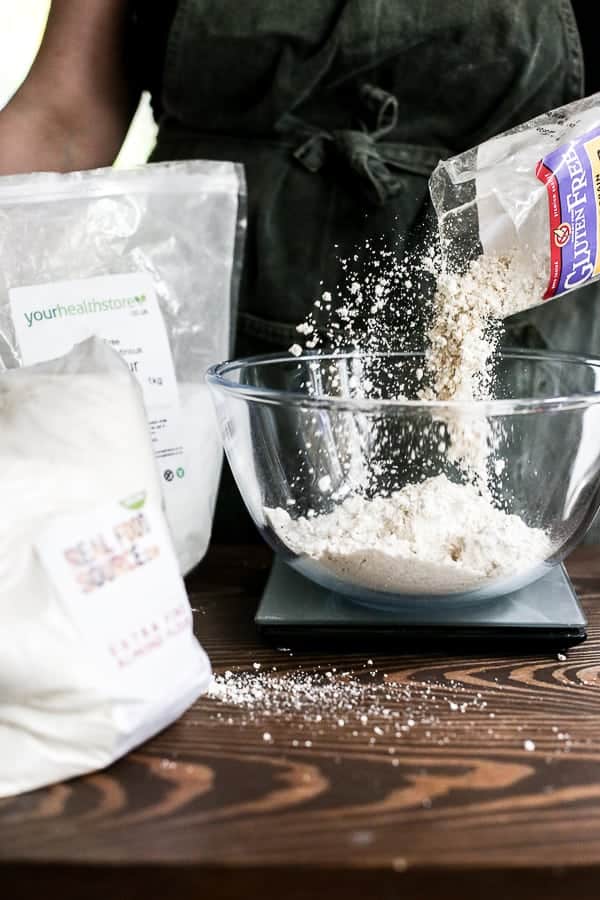 I am a British baker and as such I was taught to weigh my ingredients with scales using the metric system. When I first began reading recipes online, a lot of which were American, I was completely confounded by the ingredients list. A cup of sugar? A pint of blueberries? Not to mention a stick of butter? I was absolutely lost at sea with these weird units of measurements.

Fannie Farmer, the director of the Boston Cook School, invented the dry measuring cup in 1896. She was convinced this would be an essential kitchen utensil. And for many bakers and cooks it still is and using digital scales can seem an intimidating prospect. I’m here to explain that using scales is so much easier, quicker and more reliable.

These days I do own a couple of sets of measuring cups as I do hate to be left out but measuring ingredients by volume has its drawbacks. For years there has been a movement among professional bakers to encourage home cooks to buy a set of scales and for recipe developers to include metric weights in recipes. Here’s why. 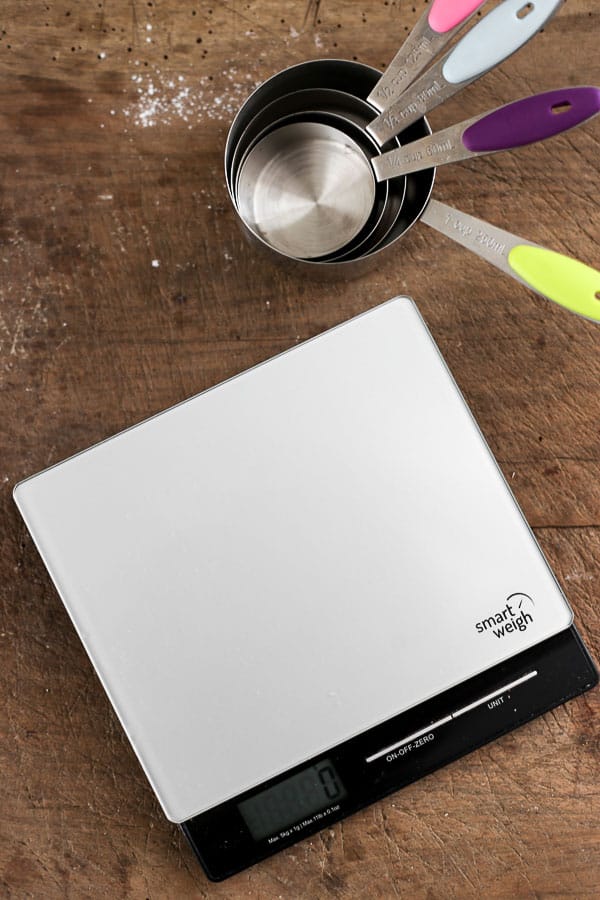 The size of the measuring cup is not universal

The UK doesn’t really use cups as a term of measurement but we can still buy them over here and we use the metric cup size too.

TIP: You can’t use your UK measuring cups for US recipes. They are not compatible.

Measuring cups are not accurate

Did you know that many home cooks use their measuring cups in varying ways?

For example, flour. The correct way to measure flour is to spoon your flour loosely into your measuring cup then level off the top with a knife.

However many bakers use the dip and sweep method. Dipping their measuring cup into their bag of flour, which has the effect of packing the flour into the cup. This can create a totally different amount of flour as the previous method.

J. Kenji Lopez-Alt from Serious Eats once completed an experiment with 10 different people to measure a cup of flour. The results ranged from anywhere between 4-6 ounces. This could make a huge difference in a simple sponge cake.

It’s not just flour either. A cup of kale can totally depend on whether you pack that kale tightly in or balance it loosely in the cup. A cup of chopped mushrooms can depend how big or small those mushrooms are chopped.

Weighing your ingredients is a lot more accurate. 100g of any ingredient cannot really be measured any differently as long as your scales are calibrated correctly.

If you bake or cook frequently it’s unlikely you can get away with just one set of measuring cups or spoons in your kitchen. Not unless you want to be washing them up in between every single ingredient.

On top of that there will always be more washing up anyway if you’re using cups. Using digital scales you can weigh directly into your mixing bowl which means your kitchen isn’t inundated with dirty utensils. 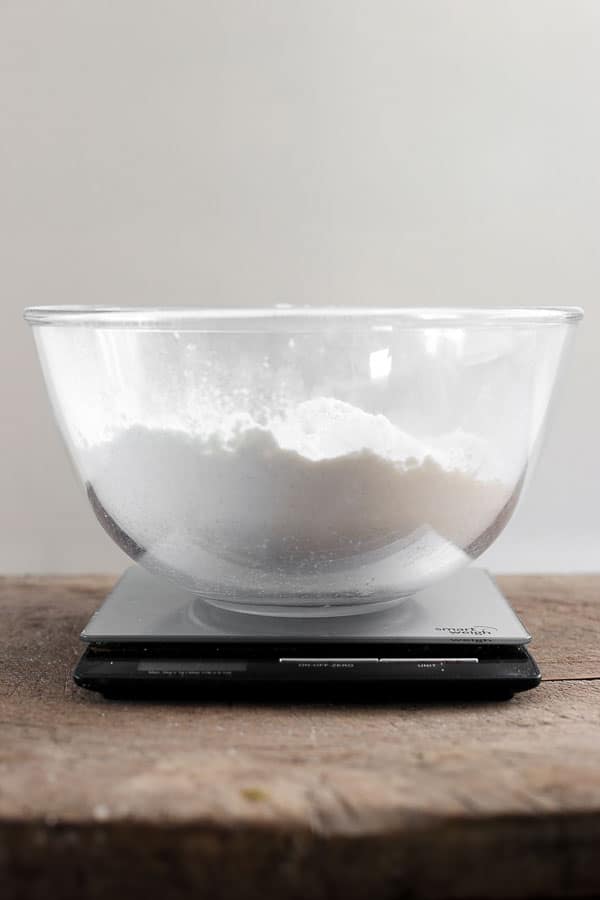 How do you weigh ingredients for baking?

If you are using a pair of digital kitchen scales then by using the tare function many recipes can be turned into one bowl affairs, requiring no further utensils than a mixing bowl and your scales. At the most I usually use two mixing bowls. In one I weigh out all my dry ingredients and the other I weigh out my wet ingredients.

What is the tare function?

This is when you set the empty weight of a container to zero. If you place your mixing bowl on the scales and press the tare function you can weigh your ingredients without including the weight of the bowl.

Since many gluten-free cake recipes may include more than one flour this is invaluable.

If you do weigh out all your ingredients directly into the mixing bowl it’s imperative to use lightweight bowls so as not to overload the scales. I love using metal mixing bowls as they don’t weigh much and are easy to clean. Plastic mixing bowls tend to absorb flavours and oils a bit more.

A reasonably priced set of digital scales are about £10. I actually own two sets, just in case the first set runs out of batteries. There was that time that both scales had run out of batteries but I think that accounts more for my disorganisation than any fault with using scales.

Other uses for kitchen scales

It’s not just weighing out the ingredients at the start of a recipe for which digital kitchen scales are indispensable. I use my scales in every step of the baking or cooking process. 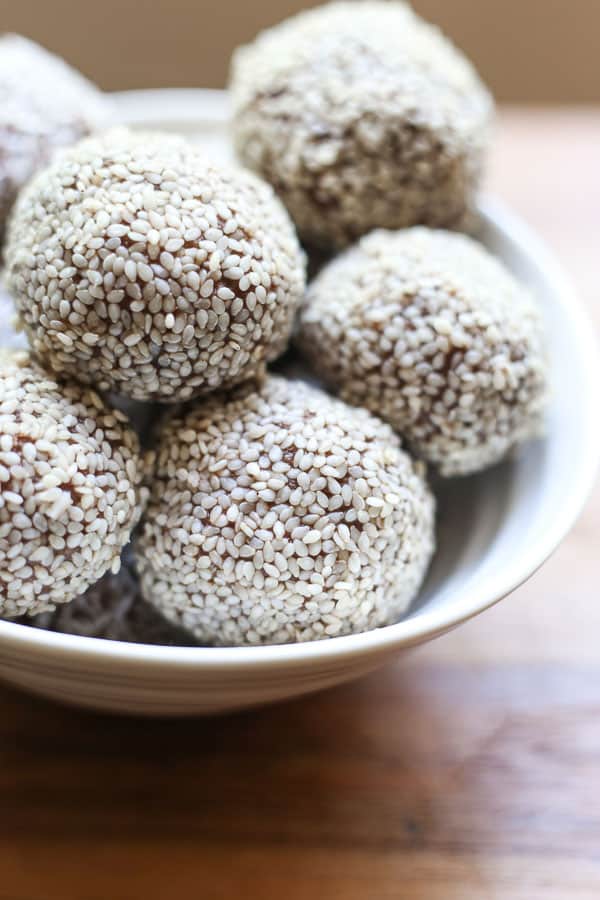 If you want all your chocolate truffles, energy balls, hot cross buns or burgers to be the same size, then weigh them before rolling out or shaping. 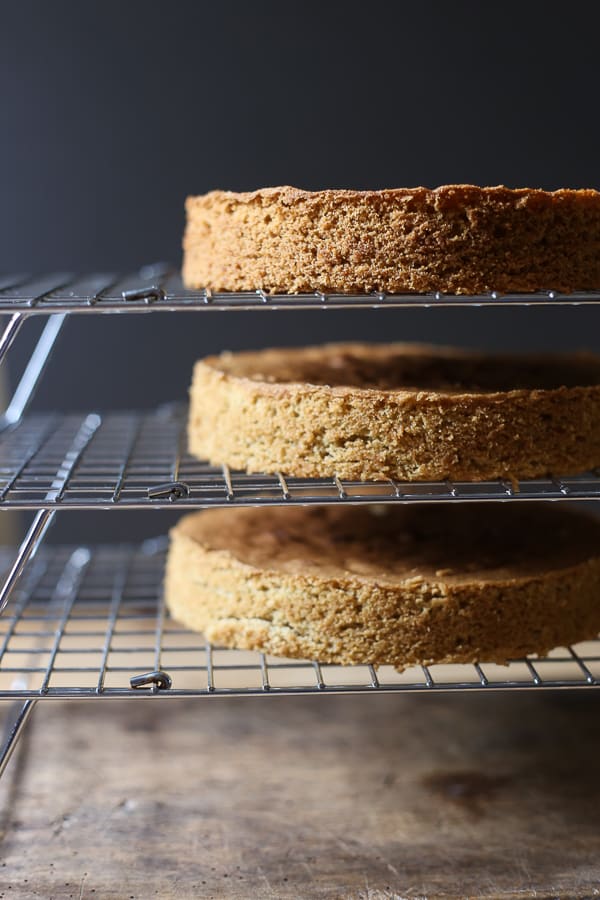 A digital kitchen scale ensures that your two (or more!) cake layers are of equal size and weight, making for a beautifully balanced cake.

Your two cake layers will bake at exactly the same rate meaning your cake will be level and perfect.

I always weigh liquid rather than using the measuring jug. It’s a lot more accurate and definitely quicker. However, I do still weigh my liquid in the measuring jug itself as it’s easier to pour it out that way.

Grams and millilitres are usually interchangeable so if a recipe requires 240ml of water then 240g of water is the equivalent.

TIP: For ease you can also weigh your water directly from the tap. Place the scales and the measuring jug under the tap and then just turn it on until you have achieved the right amount. 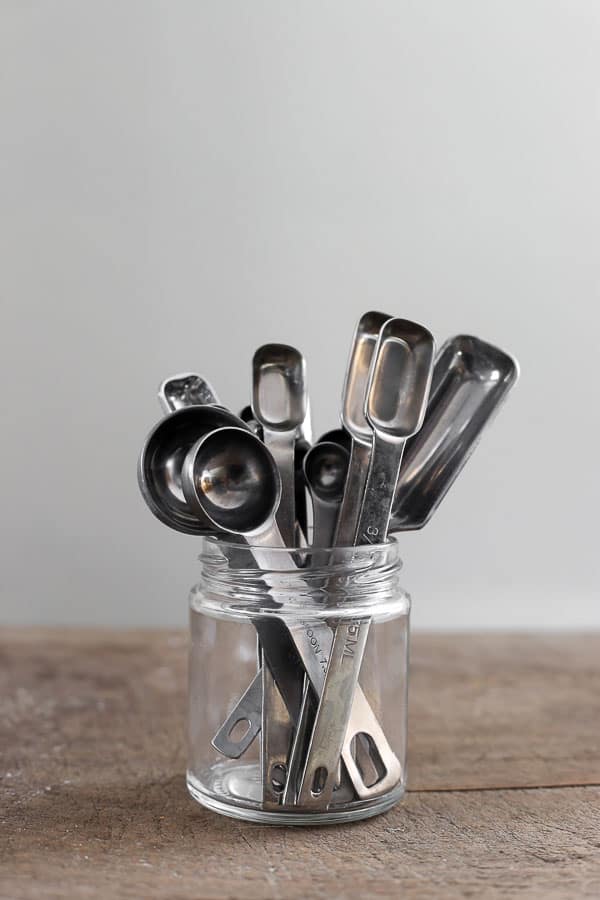 Why are measuring spoons used?

There is a slight exception to my commitment to the metric system. You might notice in my recipes that I do use measuring spoons for some ingredients.

This is usually when the amounts are very small. So, for baking powder, bicarbonate of soda, vanilla extract, citrus zest, herbs, salt and spices I will pick up my measuring spoons.

Inexpensive digital scales don’t tend to measure these small amounts brilliantly. You can buy scales that specialise in these smaller amounts. But, it’s easier in these cases to use measuring spoons and it rarely results in any inaccuracies. 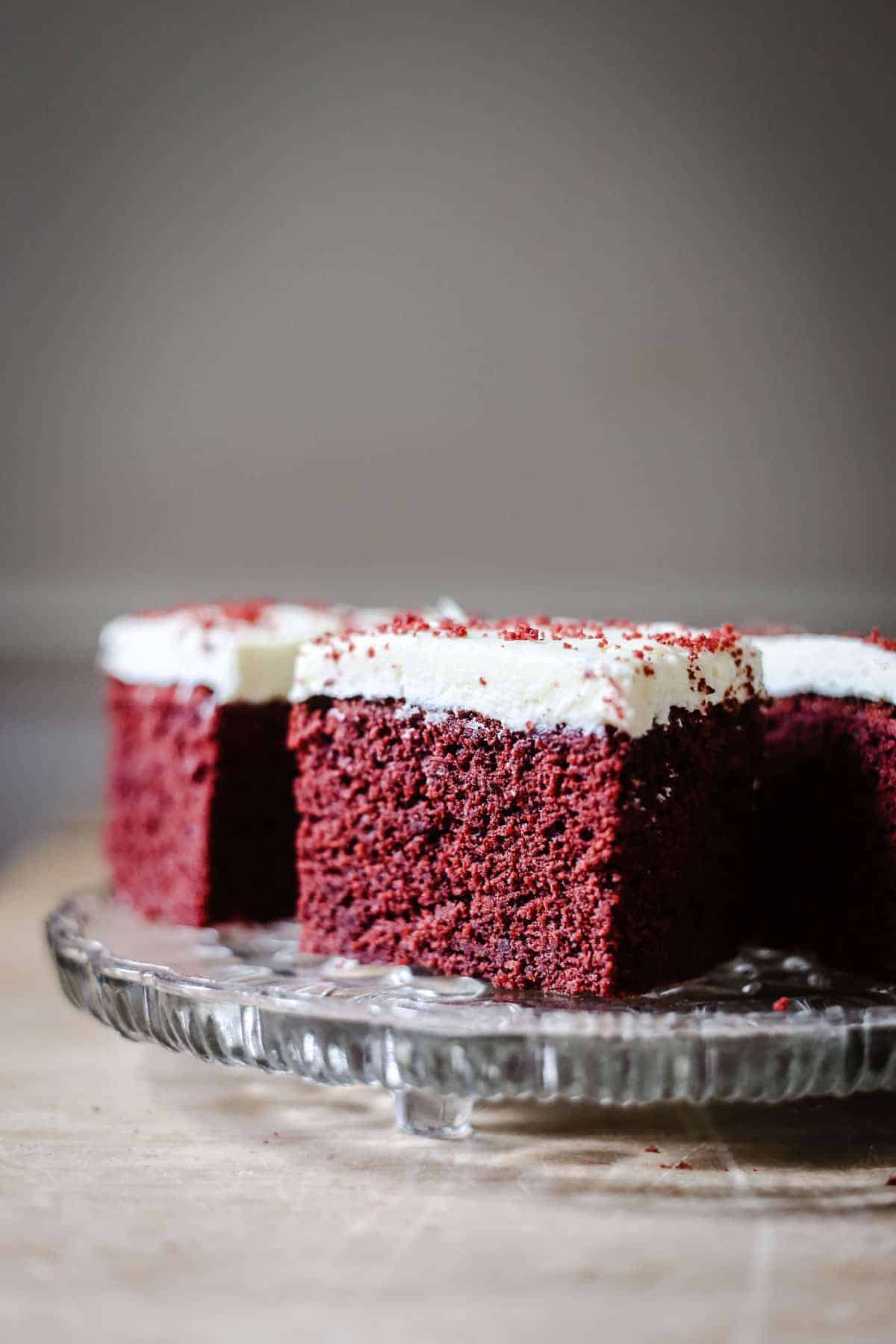 When I began baking from recipes I found on the internet, most of the ones I was keen to try were the recipes that I hadn’t heard of before. Red velvet cakes, whoopie pies and turtle brownies. These recipes didn’t look or sound like anything you could buy at a British bakery. So for me these recipes only existed at the time on American websites. I really wanted to make them so l quickly learnt to convert from cups to grams.

How do you convert recipes from volume to weight?

Converting recipes from volume to weight is easy, as long as you know the country of origin of the recipe. As explained above the US cup and the metric cup are different.

There are many conversion tools out there. Or, it’s pretty easy to just type your conversion query into google. Most of the time though, the measurements I need to convert are the basic ones for baking and these I have more or less memorised.

However, converting from weight to volume is a lot trickier. You can find you have strange amounts. For example a recipe which calls for 100g flour is ¾ of a cup plus a few tablespoons. So it's little more difficult to measure. This is where you might need a little trial and error when converting your recipe.

TIP: There are many unit conversion apps available which are so handy if you don’t like using a calculator. Have a look at the best ones rounded up here.

Final note. It may be slightly confusing that your digital scales are referred to in the plural. After all, it is just one scale. However, it’s just a relic term stemming from the old traditional pair of scales. Wow, now they were also a fun method of measurement, I celebrated the day I got rid of mine and bought my digital ones. Game changer.

Why I Don't Bake With Xanthan Gum

The Ultimate Guide to Gluten-Free Cakes