Never let it be said I don’t go the extra mile for cupcakes. Especially these Toffee Apple Cupcakes. At first glance the recipe might seem a little involved but every single step will be worth it in the end my friend. 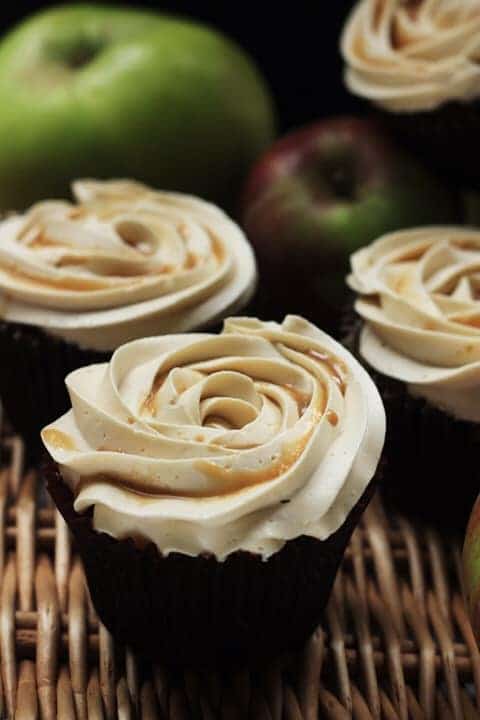 One of the core ingredients is apple butter – it helps that I made a huge batch of the stuff a couple of months ago when the apples were falling off the trees in the local parks. I took a carrier bag along and scooped them all up. There was no question with what I would do with all of them as apple butter is one of my absolute favourite foods. It combines all of the best toasted flavours of autumn. Cinnamon, nutmeg, allspice, honey, muscovado sugar, apple cider and brandy are all boiled up with peeled, cored and diced apples. Once the apples are soft, then the whole lot is blitzed in the blender and tipped into a roasting dish. The chestnut brown apple puree is then baked low and slow in the oven for a few hours until the colour turns to the bark of an old oak tree, the flavours have caramelised and intensified and your whole kitchen is scented with the most glorious warmth of spiced apples. The puree will become so thick that you could stand a teaspoon up in it and that is when you know it is done.

I had so many apples that I felt just like Diane Keaton from Baby Boom as each jar was carefully filled and labeled. Unfortunately I only kept a couple of jars for myself, the rest has been stored away for me to sell at my preserves stalls which I will be doing around Christmas. So this week, feeling a bit down in the dumps from using up the last of my preciously allocated jars, I did what any normal person would do when they are desperate to make toffee apple cupcakes but have run out of apple butter. I made one single batch, especially for the cupcakes. 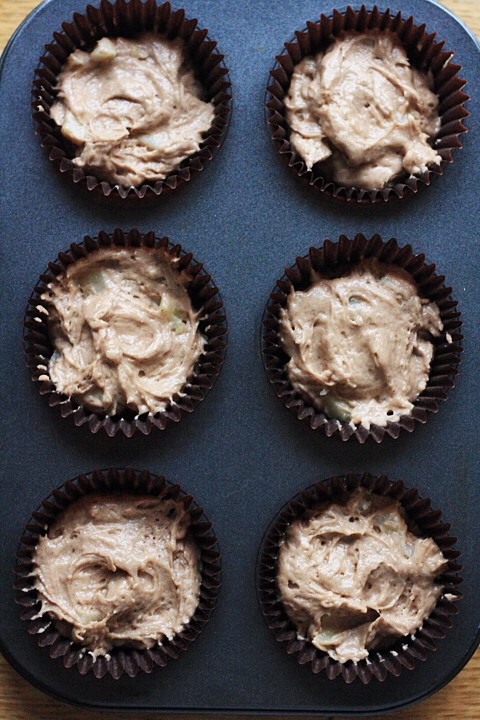 Actually it’s not too labour intensive once you have prepared the apples and you will only need to do about six for the amount of apple butter you need. Then the rest is just flinging things in the pan and then the oven. The smaller batch of apple butter only takes about 1½ hours from start to finish, and most of that is just the apples doing their thing whilst you are having a cup of tea or flicking through a magazine so I assure you the effort is no effort at all. 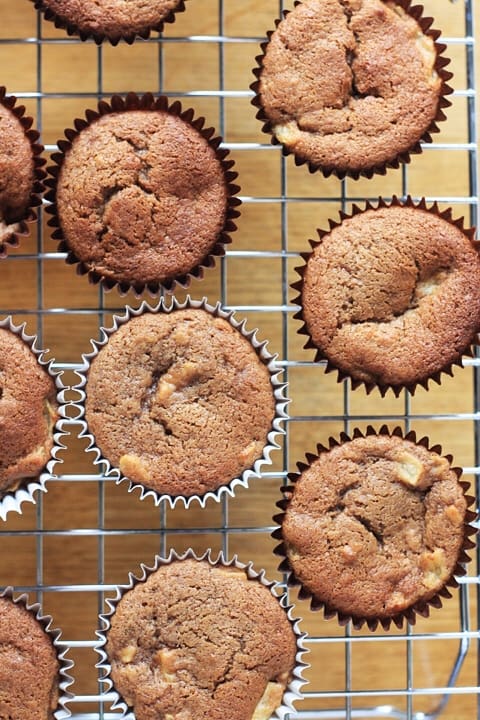 Apple butter does not only have to be used for these cupcakes though, in fact it’s a travesty if you don’t do what I did the first time I was given a jar by a friend which is to eat it straight from the jar with a teaspoon. It is also wonderful on toast, croissants, scones, accompanied with shortbread, whipped up with double cream and used as a cake filling, baked into tarts and especially eaten with roast pork. The uses are an endless, and I’m sure as soon as you’ve tried it you will be making excuses to include it in every meal. 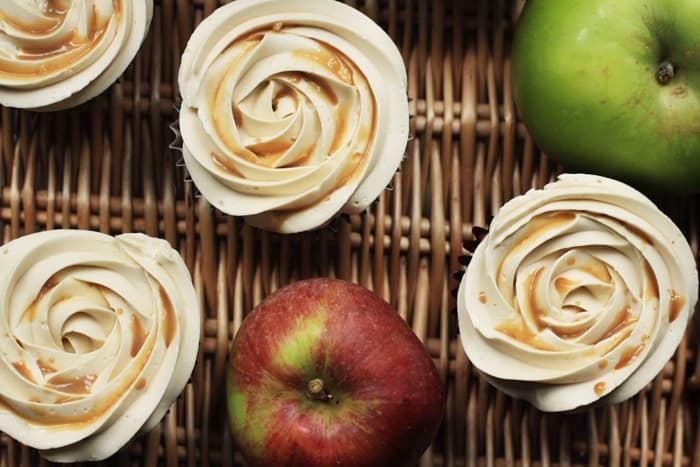 The apple butter is not the only bit of apple going on in these cupcakes though, I also diced up a bramley apple and caramelised it with a touch of sugar and butter then folded the pieces through the batter at the end. Where the apple butter provided a light moist sponge, the pieces of bramley act as a dose of sharp sweetness in the middle of the toasty apple flavours. It’s pure Autumn in a cupcake.

For the cupcakes I photographed I forgot to reserve some pieces of caramelised bramley for sprinking on the top of the buttercream so if you remember I would also recommend dong that.

I also made my own toffee sauce for this, which I whipped up into some swiss meringue buttercream, but if you can’t be bothered then I recommend using dulce de leche instead. It’s a bit thicker and will do fine in the buttercream but may need to be thinned slightly by warming with a splash of milk for drizzling purposes.

Oh, and again, if you can’t be bothered to make these at all then I will be presenting them at my cake stall on Sunday at Falkland Road Market N8. Don’t say I don’t spoil you. 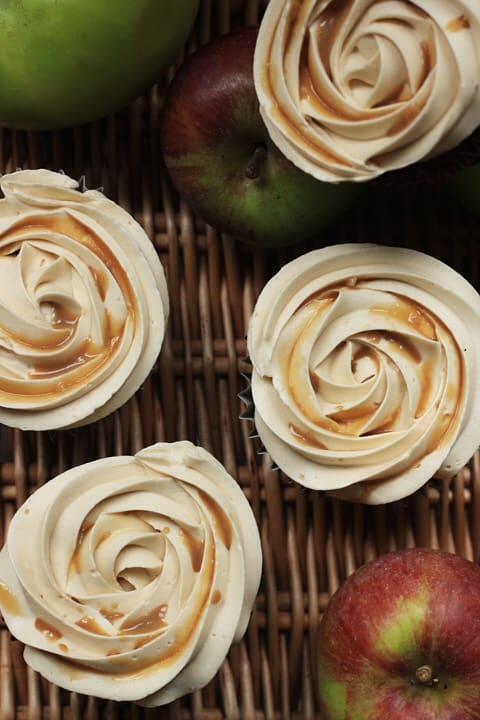