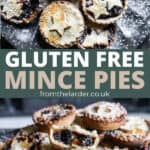 These simple Gluten-Free Mince Pies with Homemade Pastry are made with the most flavourful sorghum and almond flour pastry and filled with Easy Homemade Mincemeat. Mince pie lovers no longer need to miss out on gloriously flaky and tasty mince pies that are packed with Christmassy flavour and are easy to bake at home.

I often wax lyrical regarding my love affair with mincemeat and all the different and festive ways you can incorporate this treasure into your baking. However, sometimes we just need to go back to basics and bake us up some delicious old timey mince pies with homemade pastry.

What are mince pies?

Mince pies are a traditionally eaten at Christmas across the UK and Europe. Filled with mincemeat and encased in pastry, mince pies are small and can usually be devoured in 3-4 bites. The ultimate Christmas treat.

But what is mincemeat?

Mincemeat is a richly spiced filling for your mince pies. Usually made from dried fruit, nuts and spices which are preserved in brown sugar, brandy with suet to provide a silky mouthfeel.

However, the variations of recipes for mincemeat are endless. You can switch up the alcohol, use fresh fruit, like apples, or omit the nuts or suet.

What pastry is used for mince pies?

There are many pastry routes you can go down with your mince pies:

For these Gluten-Free Mince Pies with Homemade Pastry we are using an old fashioned flaky gluten-free pastry which uses deliciously tasty sorghum flour and almond flour. This pastry is so full of flavour and excellent to work with. This pastry will not crumble but melt in the mouth.

Gluten-free homemade pastry is actually just as easy to make as regular wheat pastry. The only difference is that it is slightly more fragile to handle so may need a little more care when rolling out. It also requires a couple of minutes extra to blend together your gluten-free flour mix so you can ensure your pastry has the right bind, flakiness and snap.

This gluten-free pastry is more than just a vessel for holding your mincemeat, it has its own character and flavour profile to enhance your mince pies.

How do you make gluten-free pastry?

We just need just 4 ingredients to create a unique gluten-free flour blend that is delicious, easy to work with and creates amazing double crusted mince pies.

Once these four ingredients are whisked together to make your gluten-free flour blend then you can continue to make the pastry the same way you would regular pastry.

You can make the pastry up to 3 days before you want to make the mince pies. Just bring it out 30 minutes to 1 hour (depending on how warm your kitchen is) before you would like to roll it out.

What baking tin should you use for mince pies?

You can buy mince pie baking tins specific for this purpose. I have several which I love.

However, upon making the mince pies for this post I had a mini meltdown when I realised they had all been put into storage along with a bunch of my baking gear whilst we’re preparing to move house. This was obviously after I had cut out all my pastry rounds and the oven had been pre-heated and I was basically ready to go.

However it turns out that a regular 12-hole muffin tin makes the perfect sized four-bite mince pies just as well. Your pastry rounds will only go halfway up the tin but this works out just fine. So you mustn’t despair if you don’t have a special tin for your gluten-free mince pies.

If you have been disappointed by tasteless, cardboard tasting and tooth-achingly sweet gluten-free mince pies from the supermarket, this recipe will be a revelation.

If you make these Gluten-Free Mince Pies with Homemade Pastry then please leave a comment below and give the recipe a rating which helps others find the recipe on Google. If you then go on to use this recipe as a launch pad for your own baking creation then I’d also love it if you’d share it and tag me on Instagram. It is so lovely for me to see your versions and variations of my recipes. 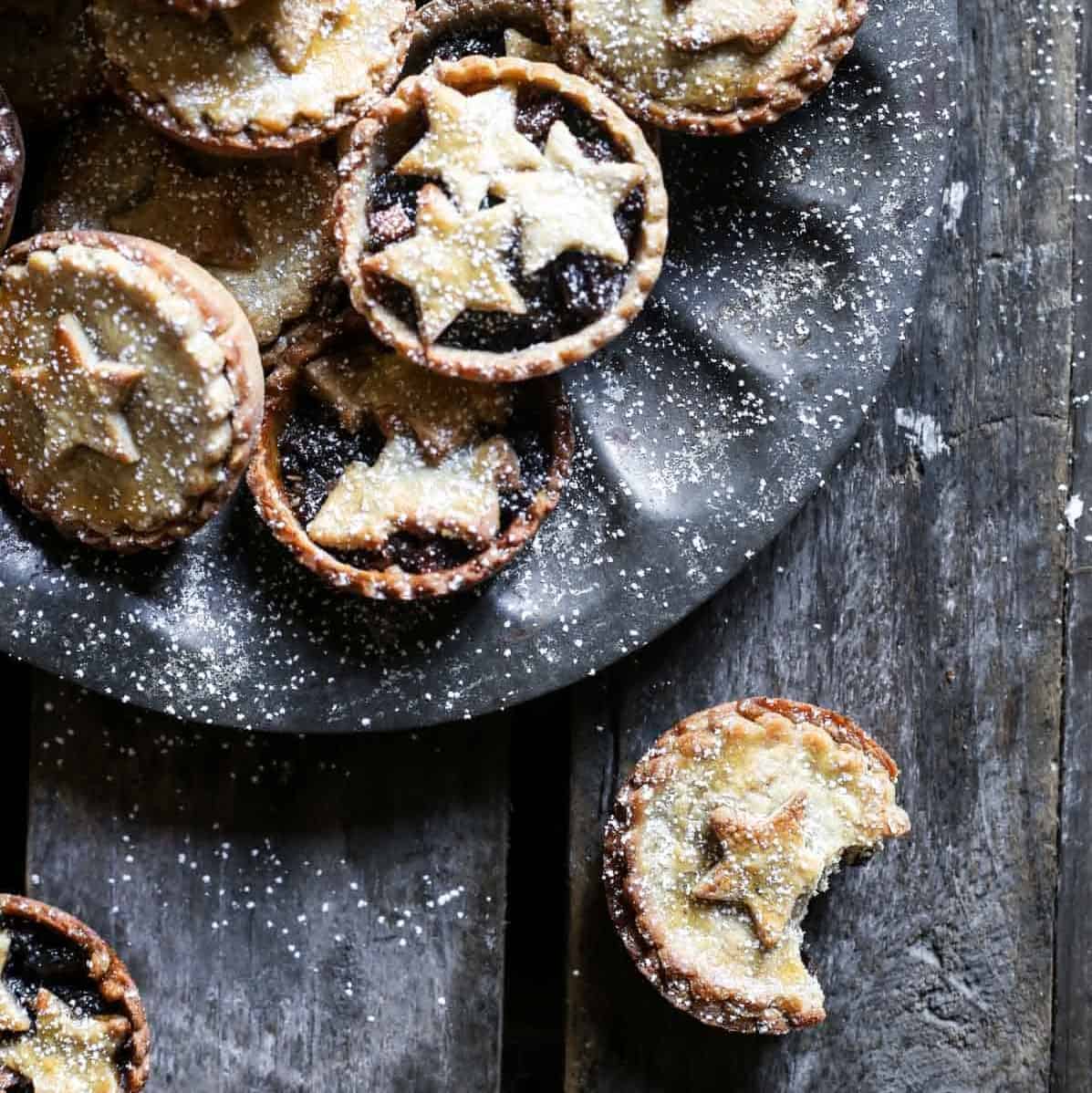 *I used my Easy Mincemeat Recipe

Calories: 214kcalCarbohydrates: 30gProtein: 3gFat: 9gSaturated Fat: 4gCholesterol: 36mgSodium: 101mgPotassium: 45mgFiber: 1gSugar: 17gVitamin A: 205IUCalcium: 19mgIron: 0.6mg
Have you tried this recipe?Head to the comment section and let me know what you think!

This recipe was updated in November 2019 to include clearer instructions.