The season starts here. This week I feel officially heralds the beginning of Christmas and for me it starts with two lovely celebrations, my birthday and my wedding anniversary. Before Cole we would usually go away for this week to some fancypants hotel and this year we tossed around the idea for about five minutes. Then I remembered I was pregnant, exhausted and couldn’t face organising my way to Sainsburys let alone anything more elaborate.

So, instead I’ll celebrate the best way I know how, with cake. And what better cake than the one I have been enjoying making and eating the most during these chillier months. This Toasted Marshmallow Spiced Pumpkin Cake is an absolute triumph. The pumpkin cake is so moist and delicious with so many layers of flavour thanks to all the spices and array of gluten-free flours.

It is teamed with a simple fluffy marshmallowy meringue which is the perfect texture and its smooth flavour is the perfect foil for the busy pumpkin sponge. Although one of the best parts about this cake is surely the brown butter pumpkin buttercream which is rich, caramelly and creamy with plenty of full pumpkin flavour.

I urge you to give this Pumpkin Cake a try. If you do then please leave a comment below and give the recipe a rating which helps others find the recipe on Google. If you then go on to use this recipe as a launch pad for your own culinary creation then I’d also love it if you’d share it and tag me on Instagram. It is so lovely for me to see your versions and variations of my recipes. 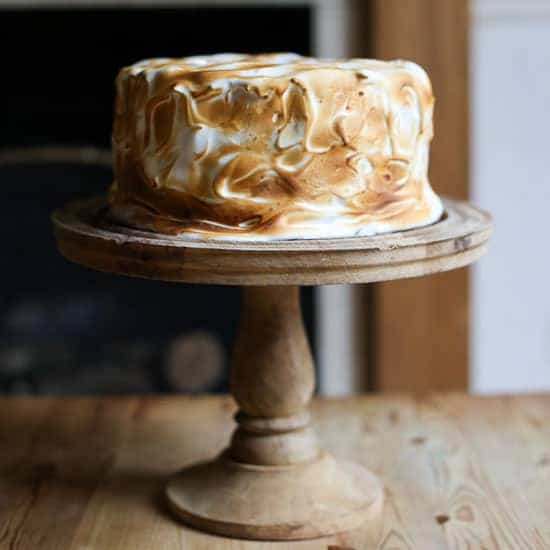