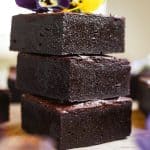 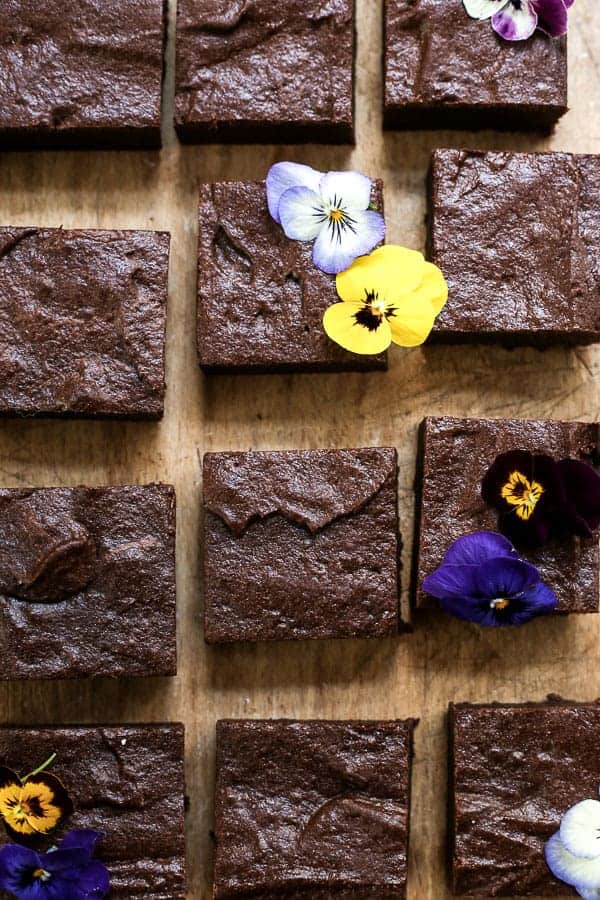 Do you need an ultra easy brownie recipe that can be mixed together in a flash and baked in an instant? Maybe you don’t have a food mixer and can’t bear washing up. Or perhaps you need something gluten-free but get intimidated by all the different flours.

If you are nodding your head vigorously to all the above then this brownie is exactly the brownie you have been looking for:

Then the best bit? These are the fudgiest, most chocolatey brownies you could hope to imagine. 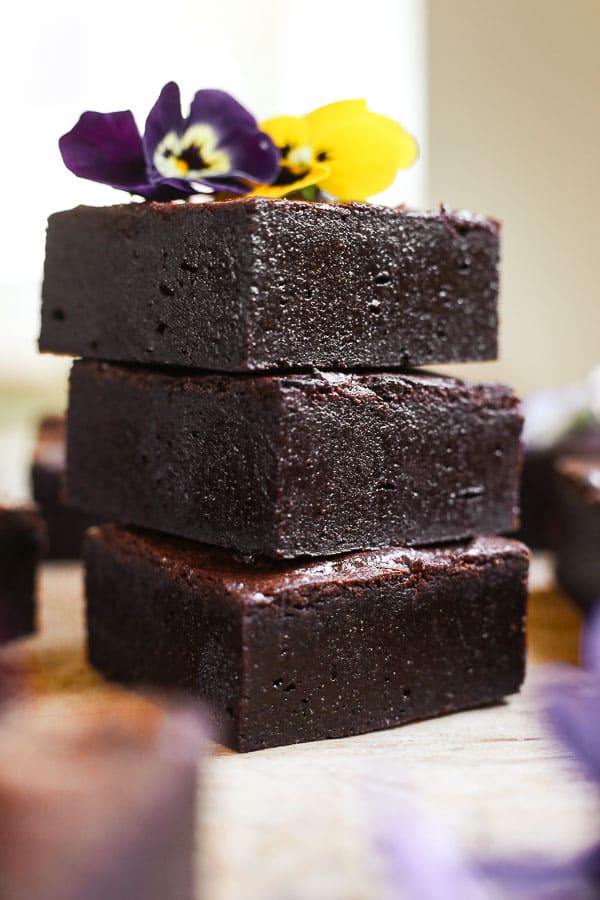 So what's the secret? The clue is is in the title.

What is almond flour?

Almond flour is made from very finely milled almonds. It is a slightly different product than ground almonds or almond meal as it has a finer grind so is much softer and quite powdery. Basically it looks like flour.

Almond flour is very high in protein and as such is excellent used in baked goods. It gives a moist and tender crumb so is a very reliable flour for gluten-free recipes. Cakes and bakes made with almond flour are delightfully fluffy but also hold together very well.

If you would like to investigate the differences between ground almonds, almond meal and almond flour then visit my in depth post all about nut flours. 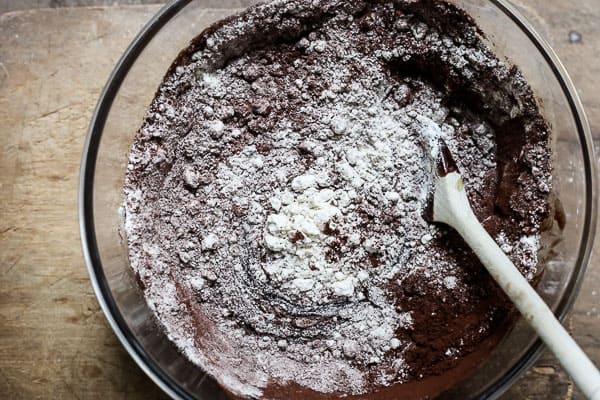 Can you sub almond flour for almond meal?

Yes you can but be prepared that the end result may not be quite the same. For instance, instead of the smooth texture you would get from baking these brownies with almond flour the brownies will be a little nubby from the more rubbly meal. However, all the taste will still be there and the brownies will be just as fudgy. 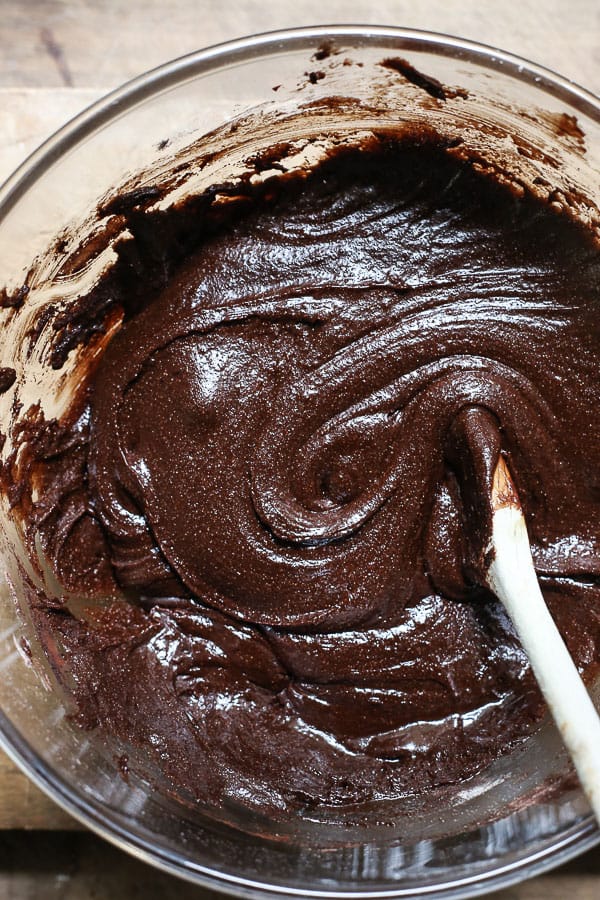 How do you make Almond Flour Brownies?

There are few steps involved in these brownies so it’s the recipe to reach for if you are short on time but still need to deliver the perfect brownie.

Baker’s Tip: For these brownies we don’t use a bain marie for melting the chocolate. You just need a large glass mixing bowl (or you can use a metal one) then rest it over a pan of simmering water. You want the bowl to drop just a little into the saucepan but nowhere near the water. The mixing bowl should be large enough so that once the chocolate has melted you can add in the rest of the ingredients. Truly a one-bowl recipe.

Baker’s Tip: Once baked, leave the brownies in the tin to cool in the fridge for at least four hours. This makes the brownies much easier to cut. 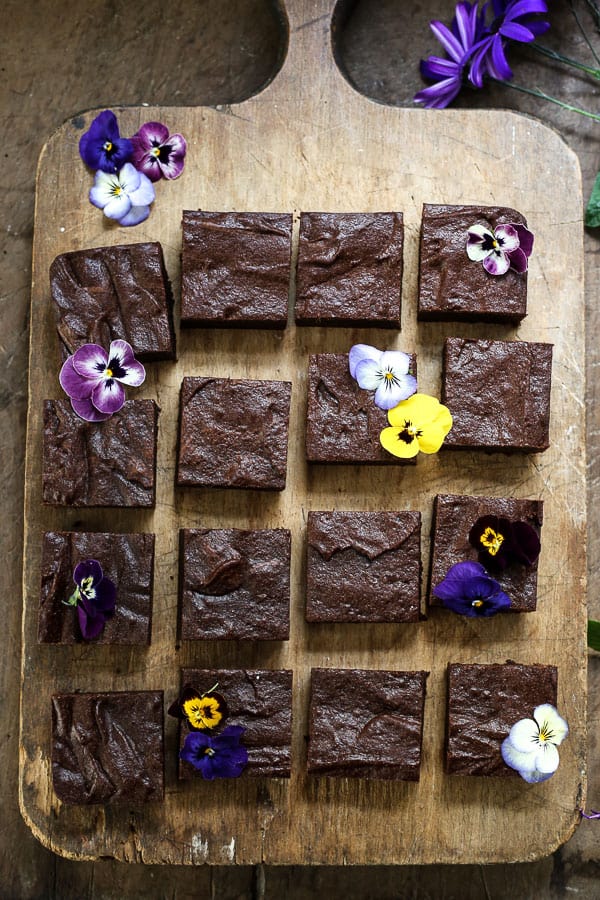 Can you make Almond Flour Brownies dairy-free and refined sugar-free?

Before we get too carried away with these brownies I feel I should give you a little caveat. There is no crackly top on these brownies. The surface is still delightfully crisp but because we are using melted butter and no creaming method then we don’t get the traditional crackle topped brownie. If this is a sticking point for you then may I point you in the direction of these other lovely gluten-free brownies which have crackles galore:

If you make these Almond Flour Brownies then please leave a comment below and give the recipe a rating which helps others find the recipe on Google. If you then go on to use this recipe as a launch pad for your own baking creation then I’d also love it if you’d share it and tag me on Instagram. It is so lovely for me to see your versions and variations of my recipes. Did you know that I also have a Pinterest Board dedicated to Brownies. There is a lot of inspiration on there if you need a further brownie fix.

Calories: 295kcalCarbohydrates: 28gProtein: 4gFat: 19gSaturated Fat: 9gCholesterol: 53mgSodium: 161mgPotassium: 160mgFiber: 3gSugar: 22gVitamin A: 305IUCalcium: 41mgIron: 2.5mg
Have you tried this recipe?Head to the comment section and let me know what you think!