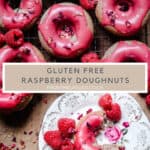 These Raspberry Doughnuts are gluten-free and dairy-free. Utterly moreish and tender of crumb with a bright fruity flavour.

These doughnuts are dangerous. Doughnuts have been my most requested gluten-free recipe (along with gluten-free pastry and bread) and believe me, these doughnuts have been worth the wait. Back in my wheat-eatin’ days I had always been a fried yeasted jam doughnut gal but on a whim last year I bought a doughnut tin and started experimenting with it. I can’t deny it, I have slowly been converted to baked doughnuts. They are lighter to eat and quicker and easier to make. Although unfortunately they are just as moreish – if not more so. It takes about four bites to eat one of these doughnuts so it seems churlish to have less that two at a time. And no one will blame you either if you don’t make it to the icing stage, but start nibbling them as they are cooling on the rack. They are far too easy to eat and heavenly straight out of the oven. Dangerous.

How to Make Dairy-Free Doughnuts

I didn’t intend to make these Raspberry Doughnuts dairy-free at all, it’s just that I ran out of buttermilk when I was testing the second batch and had plenty of almond milk hanging around the fridge that I could easily substitute. To replicate the buttermilk effect, which gives a delightfully tender crumb to the doughnuts, I just added some fresh lemon juice to the almond milk to sour. The results were pretty great and I didn’t notice any discernible difference in the two batches. You don’t have to use almond milk, any non-dairy milk will do the job. Or dairy if you’re happy with that.

For the third batch I thought ‘in for a penny in for a pound’ and switched out the melted butter that I had been using for melted coconut oil. Actually I really really liked this swap. It helped that by this batch I had also nailed down the right flour mix so the doughnuts were beautifully light and fluffy. So I stuck with the dairy-free version and think the clean and light taste of the non-dairy ingredients mean the raspberry flavour really gets to shine.

Pro Tip - I usually use refined coconut oil for my bakes as that means we avoid the taste of coconut. It’s a much cheaper product than unrefined organic coconut oil so there’s also that benefit.

We want a flour blend with a more neutral taste so that the raspberry flavour comes through so we use the following flours.

How To Flavour Raspberry Doughnuts

Freeze-Dried Raspberry Powder is baked into the doughnut batter. These freeze-dried powders used to be my secret baking weapons but now happily they are stocked in a lot of supermarkets so we don’t have to order them online. You need to add a lot of powder, 15g. Do measure using scales if you can. I believe it’s about 3-4 tablespoons though.

Fresh Raspberry Icing amplifies the raspberry flavour. You can use frozen or fresh raspberries depending on the season. Puree the raspberries then sieve to remove the seeds. Whisk the smooth raspberry puree with icing sugar for the most vibrant and flavourful icing.

If you make these Raspberry Doughnuts then please leave a comment below and/or give the recipe a rating. If you then go on to use this recipe as a launch pad for your own baking creation then I’d also love it if you’d share it and tag me on Instagram. It is so lovely for me to see your versions and variations of my recipes. 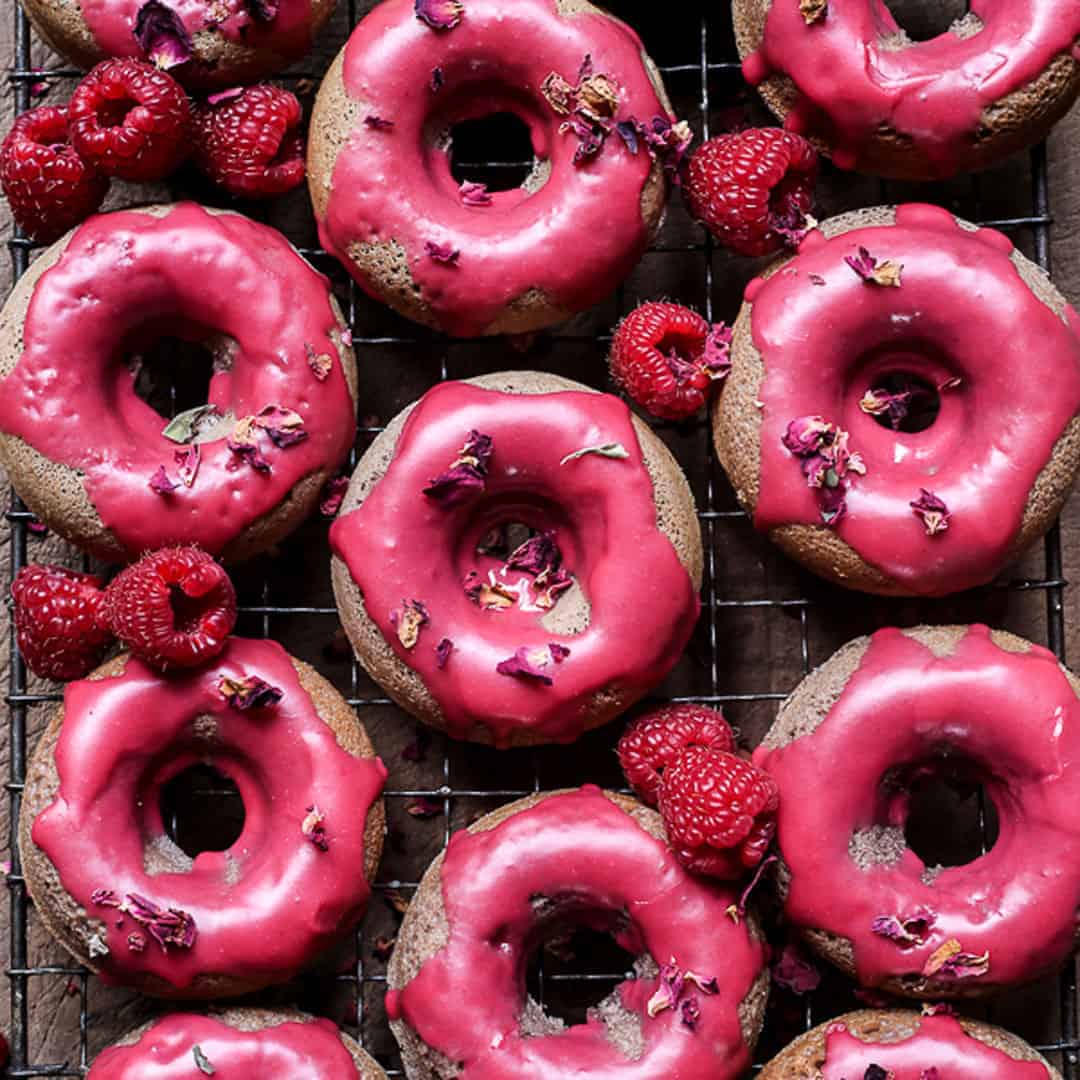