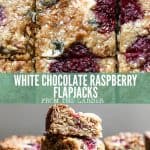 White Chocolate Raspberry Flapjacks are a delicious easy tray-bake. These traditional oat bars have crisp outer edges with a dense chewy middle. The tang of fresh raspberries is a beautiful pairing with the sweet white chocolate. 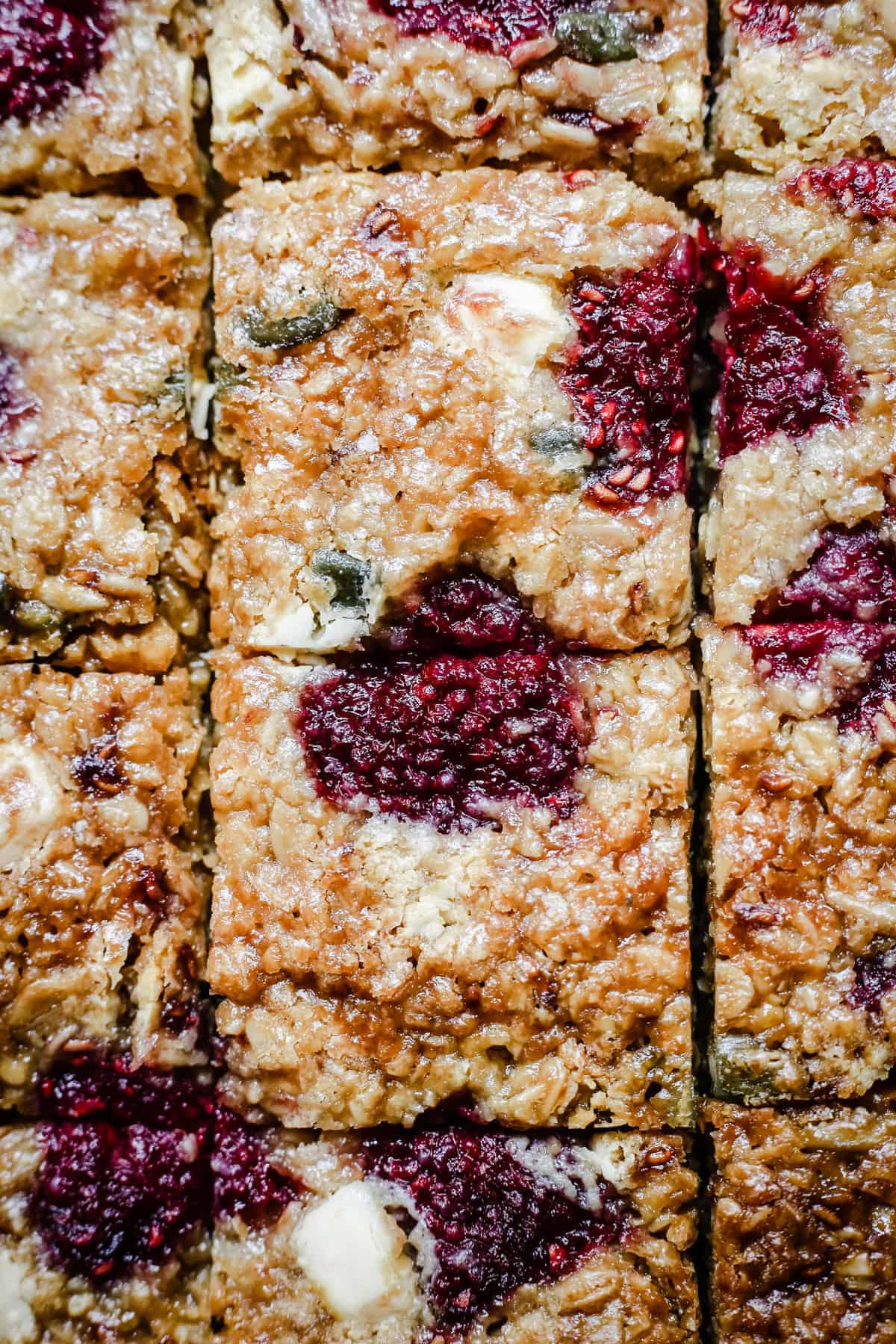 I can never resist a homemade flapjack which must be the stalwart of school fetes and tea breaks. For me they are the ultimate treat. Richly buttered and sweetened oats baked so they are delightfully moist and chewy with a crunchy oat exterior.

Like all simple bakes flapjacks live and die by good honest home ingredients. They are incredibly easy to bake successfully and because of that they might have been the first recipe you ever made in home economics. The roots of a flapjack are in homely childhood nostalgia and done right there is nothing better. 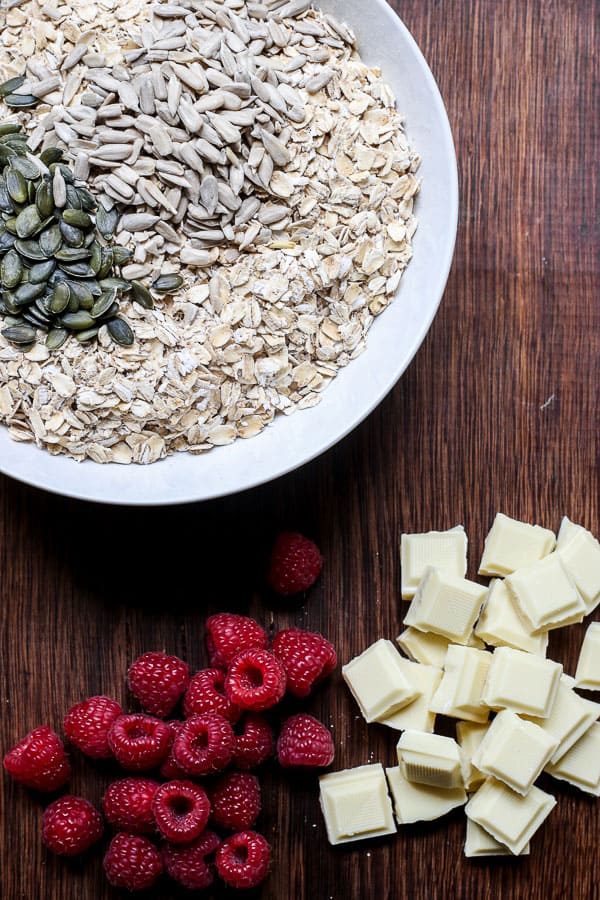 Flapjacks are an easy no fuss British tray-bake made primarily from oats, butter, golden syrup and sugar.

The reason behind the name of flapjacks is a little murky. Different versions of flapjack treats have been around since the sixteenth century. However it was in the 1930s that British flapjacks began to solely refer to buttered and baked oat bars.

These oat bars wormed their way into our cultural identity and flapjacks have since become a quintessential tea time treat. The only real hot topic up for debate is whether you like yours soft or crunchy?

These White Chocolate Raspberry Flapjacks are a happy mix of the two. Crisp edges which give way to a buttery chewy centre. The white chocolate and fresh raspberries are particularly special additions which really elevate the humble flapjack. 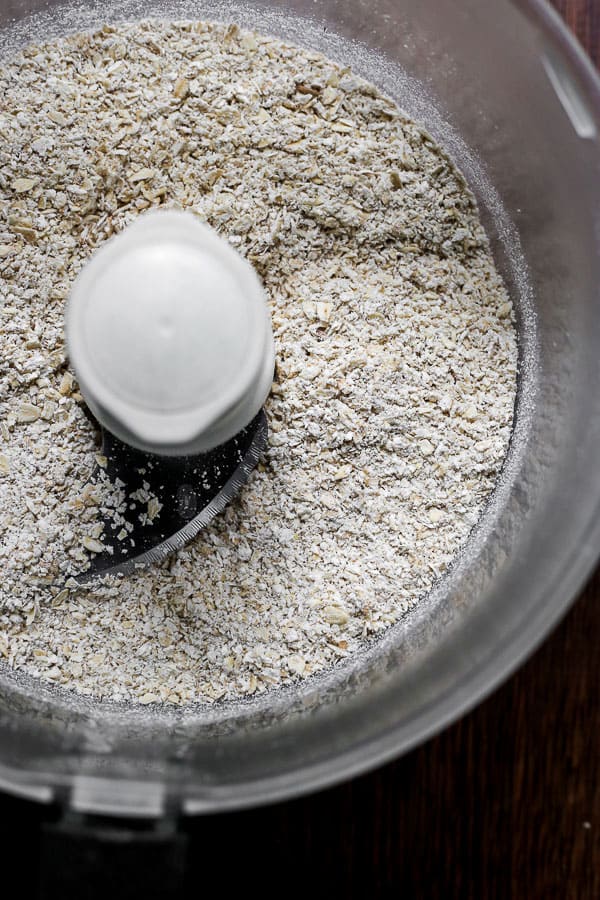 How do you make the best flapjacks? 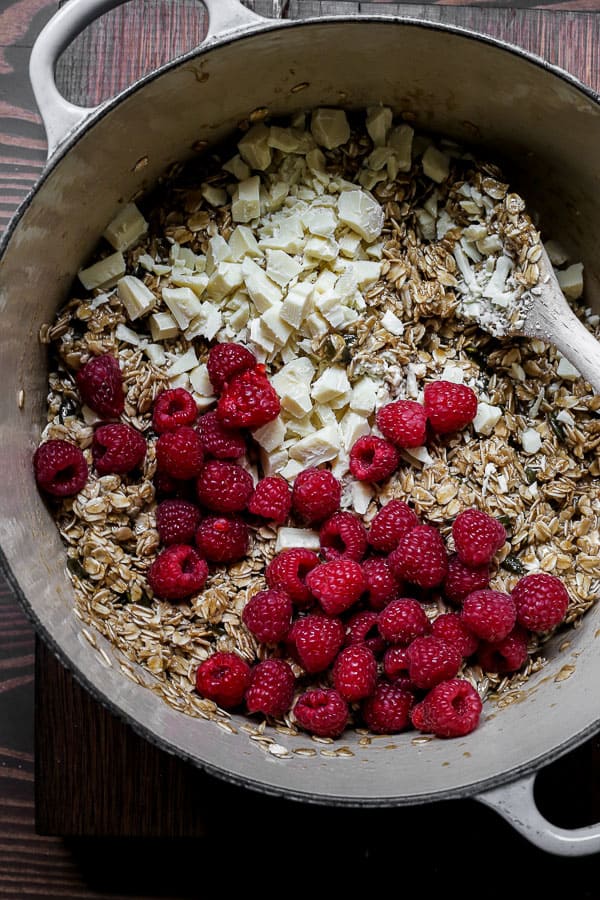 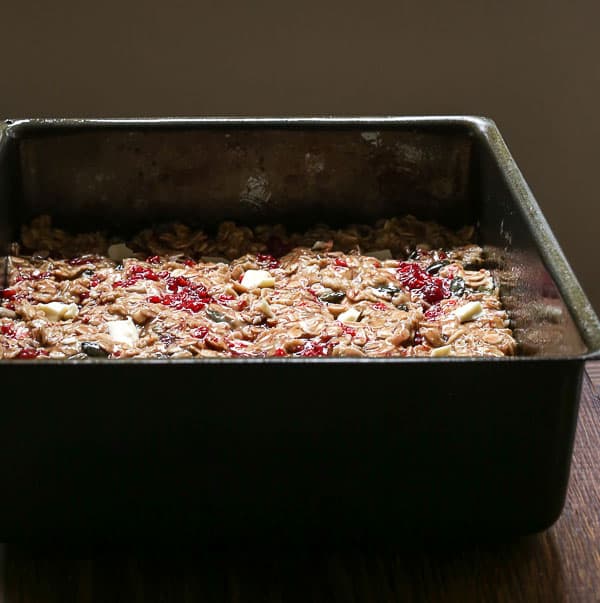 Why do we use both golden syrup and sugar in flapjacks?

In this recipe we use muscovado sugar which gives a light toffee flavour to the flapjack. The refined sugar also helps give the flapjack structure. Without the sugar the flapjack would just crumble.

In the same way we don’t want the flapjack to be rock hard so liquid sweetener is necessary for that amazing chewiness.

You can swap the golden syrup for an alternative liquid sweetener like honey or maple syrup but these impart quite a strong taste. The golden syrup is more neutral. 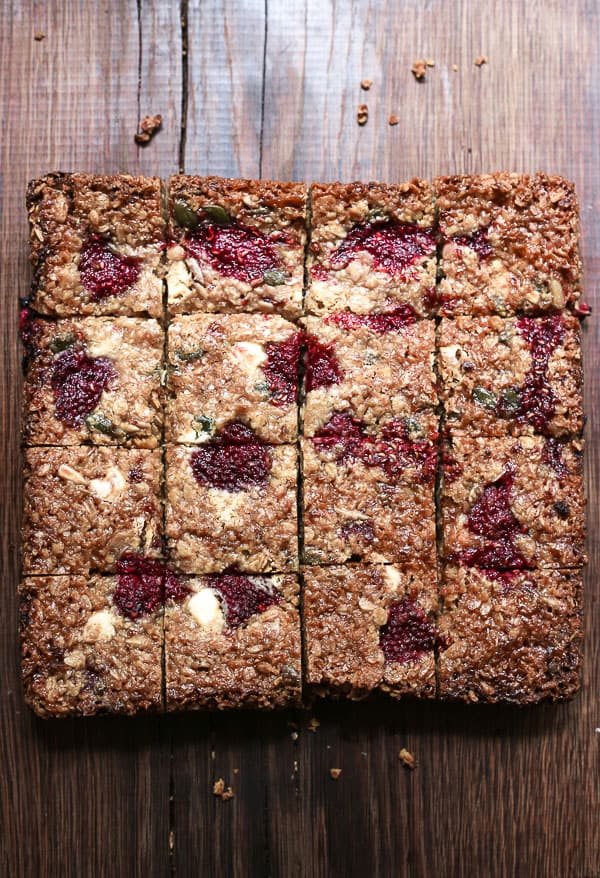 Can you use frozen raspberries?

I don’t recommend it here as the frozen raspberries will break apart too much when stirring into the oats.

Flapjacks have a misleading reputation for being the healthy choice due to all the wholesome oats. However there is a fair amount of sugar in this recipe. Maybe a once a week treat rather than every day.

If you do want a refined sugar-free flapjack then have a look at these Salted Date Caramel Banana Flapjacks which source all their sugar from bananas and dates. They taste incredible.

How do you make vegan flapjacks?

If you would like another vegan oat tray-bake then why not try Lemon Iced Stem Ginger Parkin? 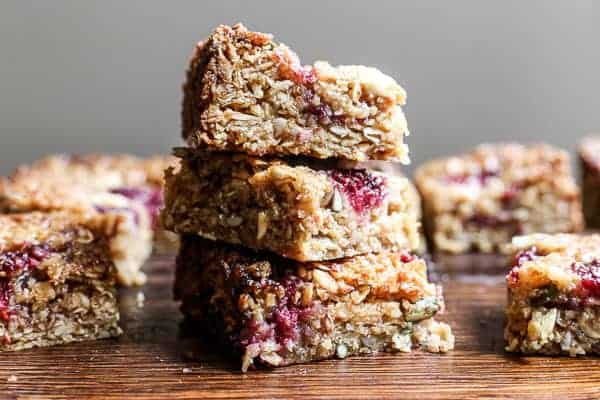 If you make these White Chocolate Raspberry Flapjacks then please leave a comment below and/or give the recipe a rating. If you then go on to use this recipe as a launch pad for your own baking creation then I’d also love it if you’d share it and tag me on Instagram. It is so lovely for me to see your versions and variations of my recipes.