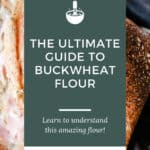 Buckwheat Flour is a nutritious wholegrain gluten-free flour with a very distinctive earthy taste. You can use it in traditional galettes or in baked goods for a unique flavour profile. Here's everything you need to know to use buckwheat flour successfully in your kitchen.

Buckwheat flour is one of the better know alternative flours since it has been used in very traditional recipes from all around the world and between the 18th-19th century had high levels of production.

If you have come across it before it may have been in buckwheat blinis, which are yeasted pancakes from Russia or the French galette, a savoury pancake from Brittany and Japanese soba noodles.

Buckwheat flour is a tasty and beautifully delicate flour with a robust flavour and makes an excellent alternative to plain wheat flour.

Don’t be alarmed by its puzzling moniker, buckwheat flour is a bit of a misnomer since it has nothing to do with wheat at all so is perfectly safe for those avoiding gluten.

What is buckwheat flour?

Buckwheat flour is ground from Buckwheat which is actually a herb, better related to rhubarb and sorrel. It’s what is commonly referred to as a pseudo-grain since it looks and acts like a grain but is actually a seed rich in complex carbohydrates.

How to make buckwheat flour

Buckwheat flour is made by milling these triangular buckwheat seeds into powder. The resulting flour can be greyish brown in colour and if it hasn’t been ultra refined can also be speckled with black flecks.

What are the benefits of using buckwheat flour?

Buckwheat itself is a very highly regarded ancient grain due to its many nutritional benefits:

The flavour of buckwheat flour is also highly in its favour. Although buckwheat groats can be a bit of a required taste since they are a little bitter, the flour itself has a strong earthy intense profile which sit well in many baked goods and recipes.

When you are baking with buckwheat flour it is best to use in recipes where you are happy to let the flavour of the flour shine through.

Can I use buckwheat flour instead of plain flour?

Buckwheat flour is not able to mimic the properties of gluten so should not be used in a 1:1 swap with wheat flour.

Buckwheat doesn't rise which is why it is so well suited to pancakes, biscuits or in pastry.

How to use buckwheat flour

Buckwheat flour is often the main flour in blinis, galettes or soba noodles. Although some modern recipes also use wheat flour to stabilise the recipe as buckwheat flour can be hard to work with. It is not as robust as plain flour as it doesn't have the gluten to strengthen it. However, if you require your recipe to be gluten-free then it is possible to use solely buckwheat flour in recipes or you can add a starchy flour like tapioca starch or arrowroot powder to make it easier to work with. 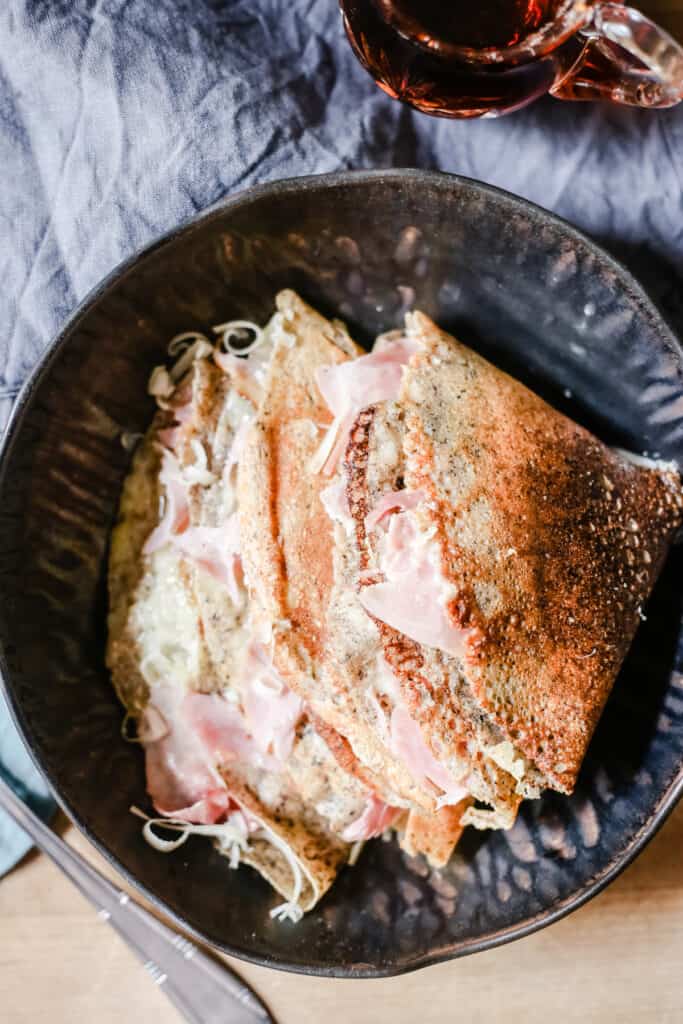 If you are using buckwheat flour in a cake then the results may be a little heavy or crumbly since it doesn't have the binding properties of gluten. However if you use it in combination with a starchy flour such as sweet rice flour or tapioca flour or even a nut flour like almond flour then you can produce beautiful light fluffy bakes with a good structure.

Since its flavour is so pronounced buckwheat flour is best used in moderation in certain recipes, perhaps in conjunction with other alternative flours. Blend it with more neutral tasting lighter flours. Perhaps in a cake no more than 50% buckwheat flour might be used in the total flour percentage.

Why not try these cakes if you are interested in baking with buckwheat flour?

Buckwheat flour can be fun to experiment with since it can completely change the profile of a recipe if used. Although you want to use it in recipes with flavours that can stand up to its intense earthy flavour.

Buckwheat flour pairs ideally with toasty flavours such as:

These Cookies are a great way to use buckwheat as the flavour balances well with the strong add-ons in the cookie such as the marzipan, chocolate and dried fruit.

Buckwheat flour also goes well with earthy flavours such as:

Where can you buy buckwheat flour?

Buckwheat flour is very easy to get hold of and you can find it sold in most large supermarkets in the UK. However, always check the packet of your buckwheat flour as although the flour itself is gluten-free it is often processed alongside other flours so cross contamination can occur.

How to store it