This gluten-free Whisky Marmalade Bundt is such a deeply rich and warming cake, woodsy from whisky drenched sultanas and tangy from this year’s Seville orange marmalade. 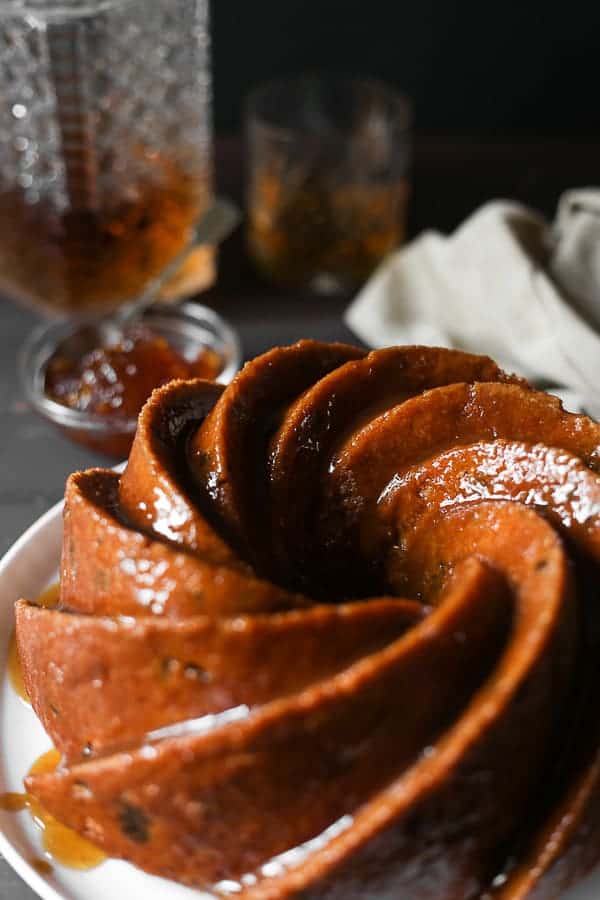 Oh, I have needed this Whisky Marmalade Bundt this week, it’s certainly been one to test the spirits. Billy Buddy has gone and gotten himself injured yet again. It’s the third time I’ve been to the vets this year and I think we pretty much own a stake in our local practice. Billy Buddy is such an accident prone dog and this weekend it was the turn of his kneecap which he has either torn or strained. These ruddy squirrels have a lot to answer for. 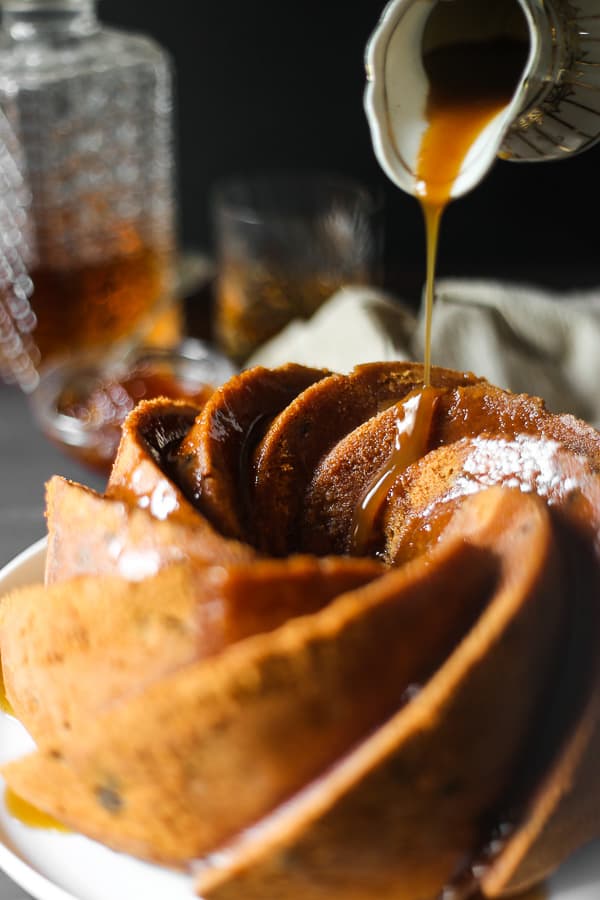 The poor thing is almost constantly on bed rest for various ailments, a torn cruciate ligament here, a removed meniscus there, perhaps a stomach pump for a swallowed box of ibuprofen for some extra drama.

Not that you would know he has metal pins holding his knee together as he still finds ample opportunity to tear around the house after Willow and sprint out into the back garden to terrorise planes flying overhead. I do try to keep him in his crate like the vet suggests but Cole has taken to taunting him by rattling the cage – why won’t you come out and play Billy Buddy, look I have a ball! 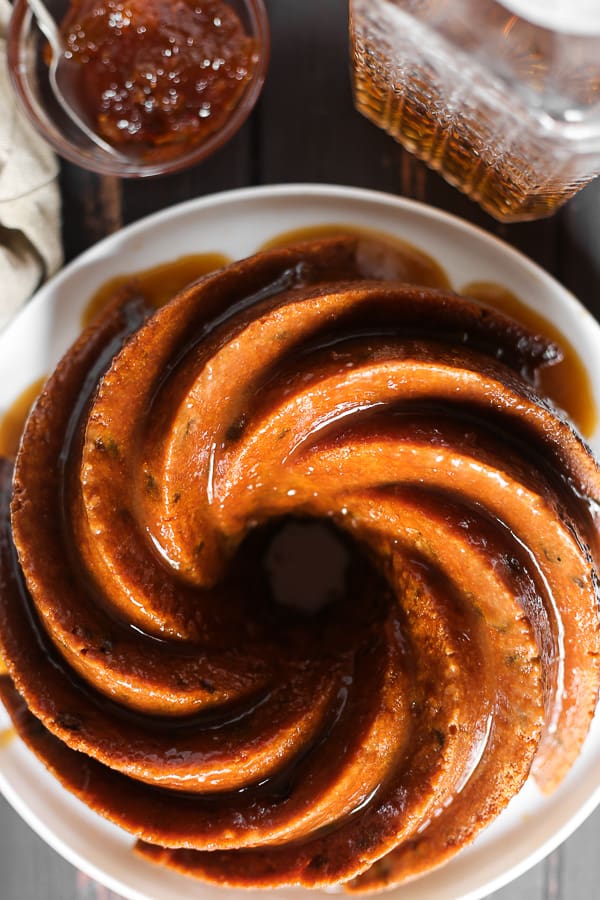 Looking after a dog who refuses to believe he’s on bed rest coupled with a toddler who thinks biting me is the best form of communication has been a fun challenge to test the nerves this week. I have to admit, I have reached for the cake tin on more than one occasion. 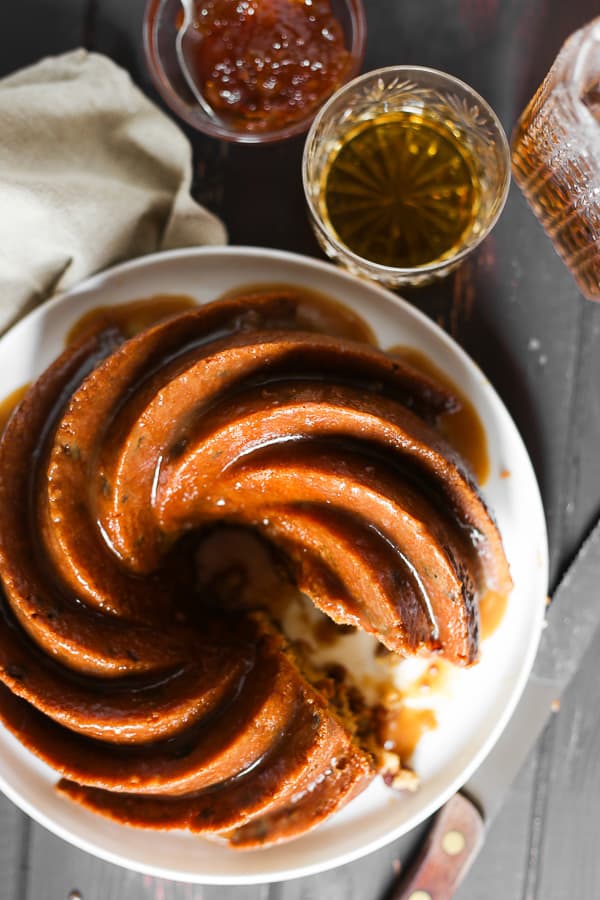 Honestly there is no better way of getting a quick sugar fix so you know everything is going to be alright than with this excellent Whisky Marmalade Bundt. The generous amount of booze soaked sultanas studding the sponge don’t hurt either. 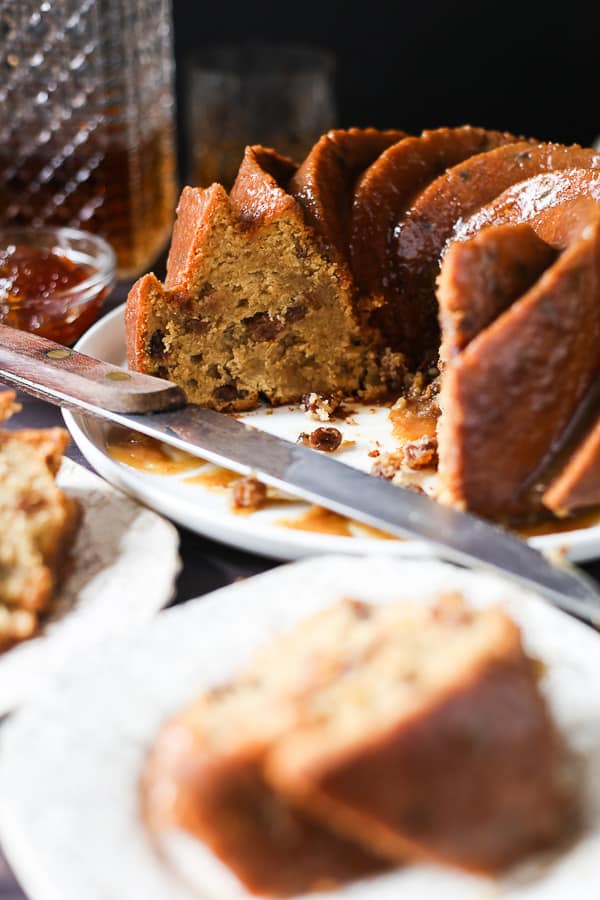 Thank goodness then that my supply of said bundt is neverending since it took me a good few weeks to perfect this recipe. The final version is everything I want a slice of cake to be, an ideal accompaniment for an afternoon tea break. I used my own Seville Orange Grapefruit Rosemary Marmalade which has such a lovely depth of citrus flavour and makes a perfect match with the whisky sodden sultanas. The tangy marmalade caramel which is slathered over the finished bundt with abandon is the ultimate teatime indulgence. So naughty but so necessary. The cake is gluten-free as per usual and here I have used sweet rice flour, oat flour and millet flour to get the exact texture and background flavour I need. 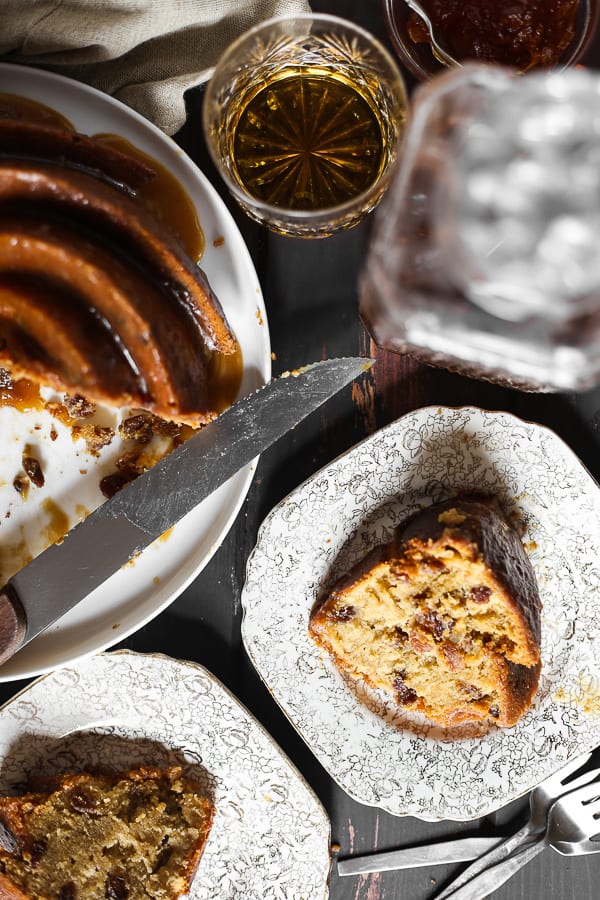 So, this week has been a tough old bird but hopefully Billy Buddy will be back on his feet chasing squirrels again soon, ready for his next injury, and I’m sure Cole won’t still be biting me when he’s a teenager, so there’s that to look forward to. No matter as in this house there is always cake. 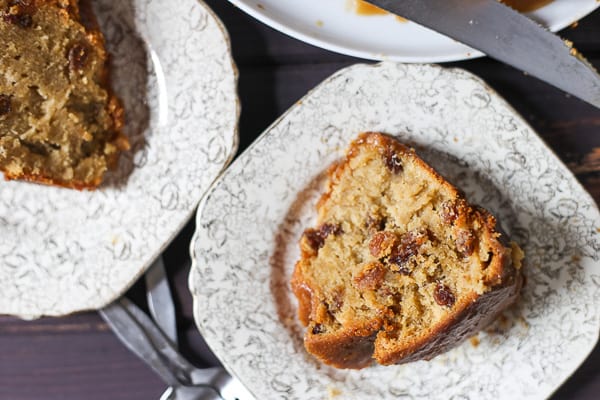 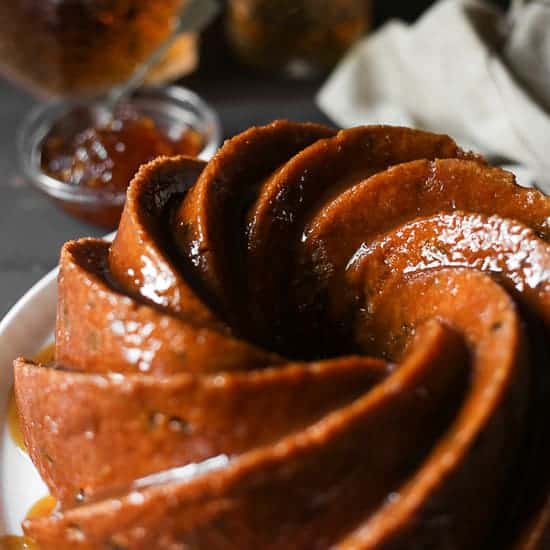