This Seville Orange Grapefruit Rosemary Marmalade is a traditional marmalade, rich and slightly bitter with a zesty sweetness that can be spread on toast, sandwiched in cakes and devoured within a bacon roll. Don’t knock it ‘til you’ve tried it. 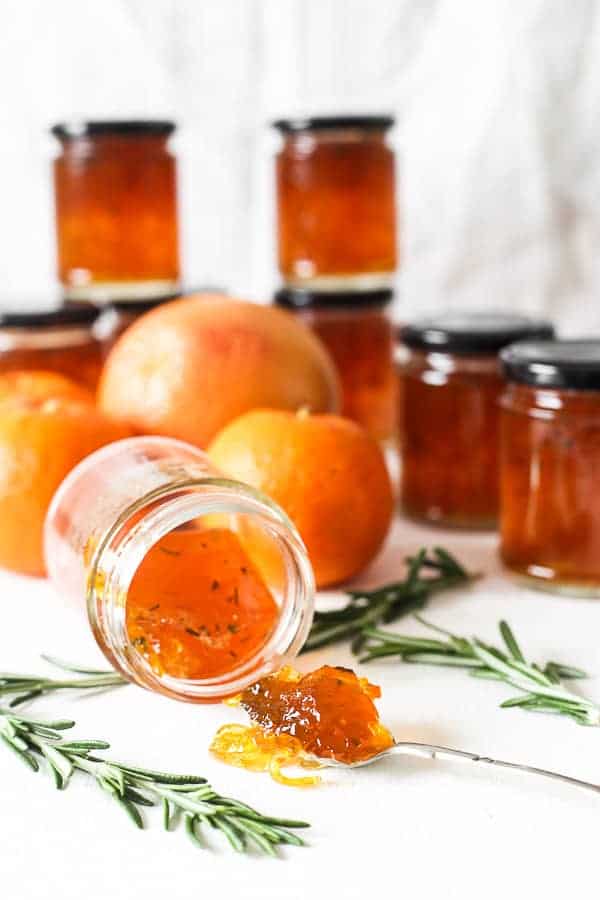 Alongside my cakes I also sell homemade preserves at the market stall and hands down marmalade is the preserve that is most requested. There is a bit more effort involved in marmalade which makes it harder to churn out than other jams. Plus the Seville orange season is so short that I usually sell out by the end of February but that is what makes it so deliciously elusive. 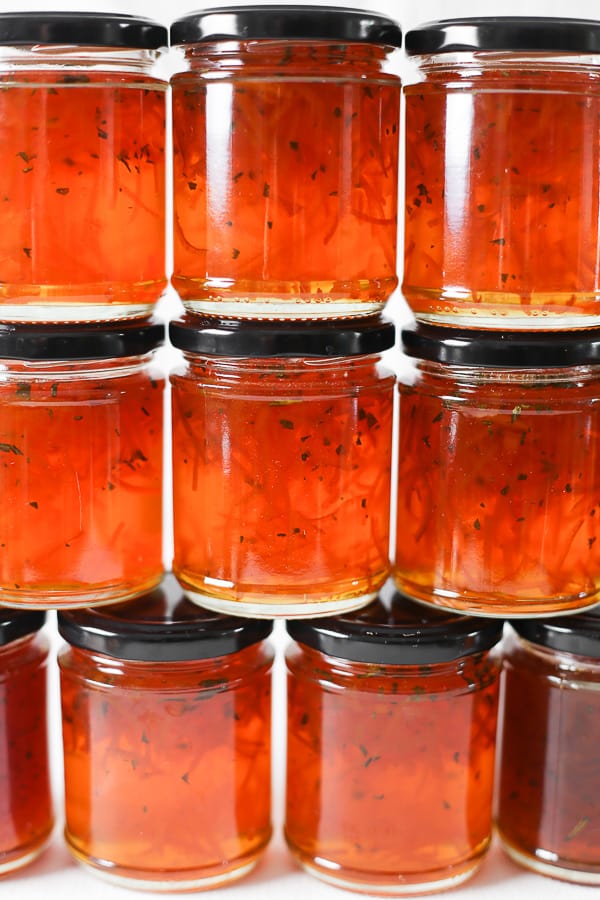 If you are a marmalade lover you simply must try making it yourself. It is the most satisfactory of jobs and definitely my favourite preserve to make. Do set aside a weekend for your torrid marmalade affair since you need to leave your pith and peel soaking overnight to soften. It’s a perfect job for these wintry days when even looking out the window chills you to the bone. No, instead, switch on a podcast, grab a kitchen stool and start juicing those oranges. 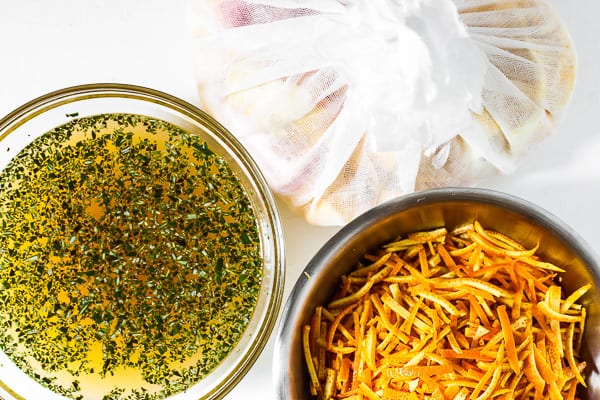 The two pieces of equipment which revolutionised my marmalade making was a decent juicer and an excellent knife. I have had many a juicer in my time but the one I currently use is the Mexican elbow which juices quickly, doesn’t take up much room in your kitchen and is easy to clean. I bought a lime, lemon and orange one before realising that the only one you really need is the orange one as it makes short shrift of all citrus, including the larger grapefruit. A good tip is to cut the fruit into quarters first so you can extract as much juice as possible. 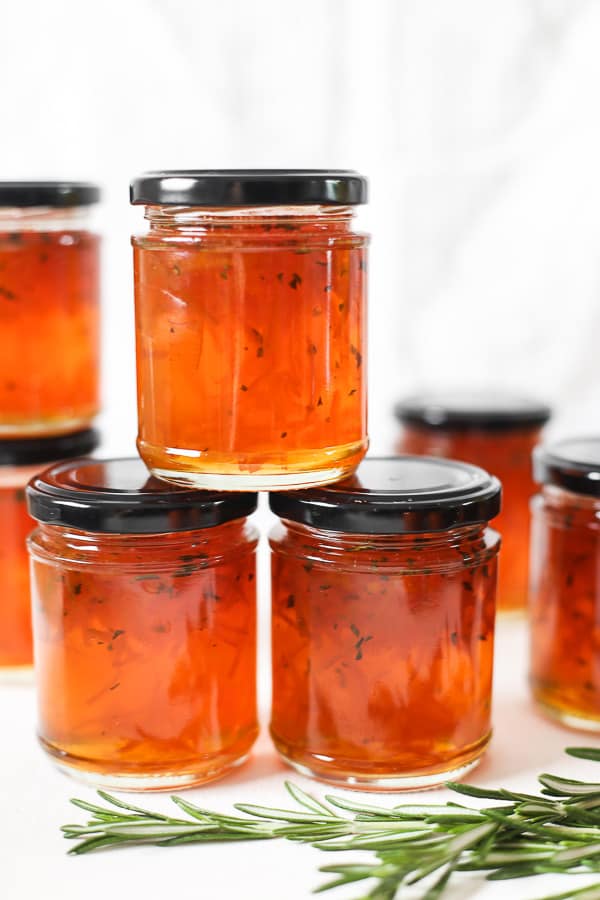 For removing the pith from the peel of the orange you need a very sharp knife with a fine blade, otherwise the job is nigh on impossible. Japanese knives are excellent for this purpose as you need to run the knife between the pith and the peel at an almost horizontal angle so you can separate them. 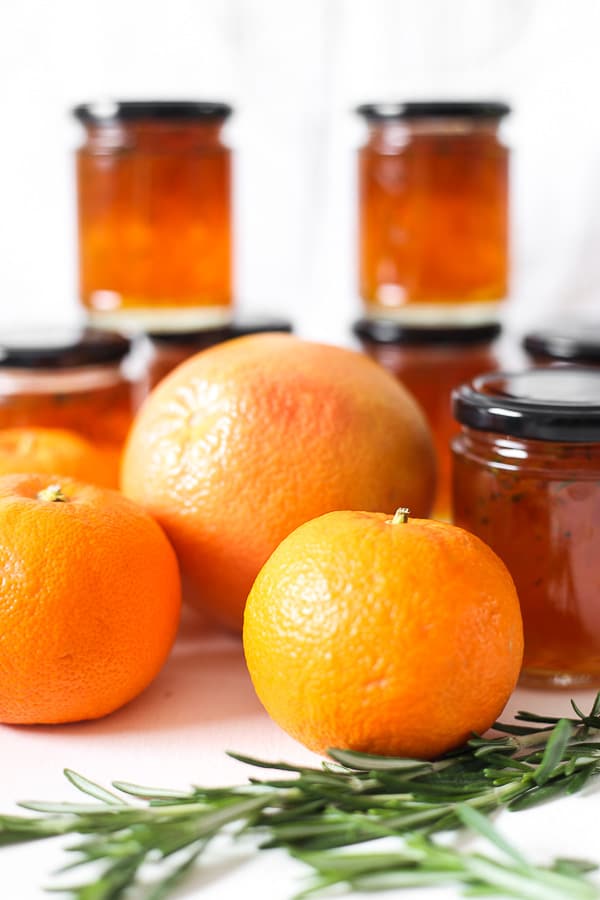 I’m rarely content to just do a straightforward jam so I used grapefruit here where one would normally use lemons and rosemary because I am a herb ninja. I think grapefruit and Sevilles pair up beautifully, there is a sharper and more interesting edge to the marmalade when using grapefruit which I love. The earthy notes of the rosemary add a lovely profile against the fruiter elements and also look so beautiful in the jars. 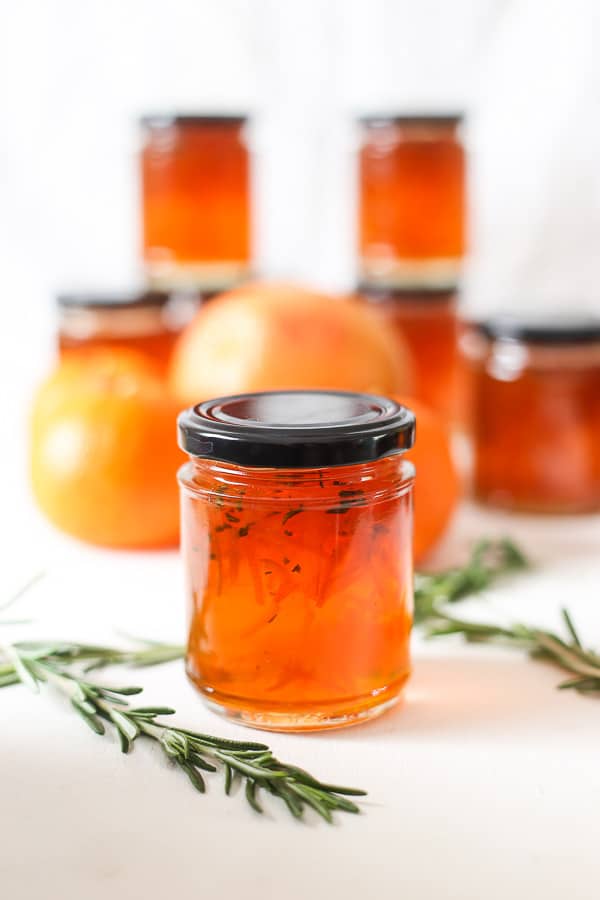 So these past few weekends I’ve enjoyed being in severe marmalade mode stockpiling my jars for when I return to the stall in early March. It’s first come first serve guys! 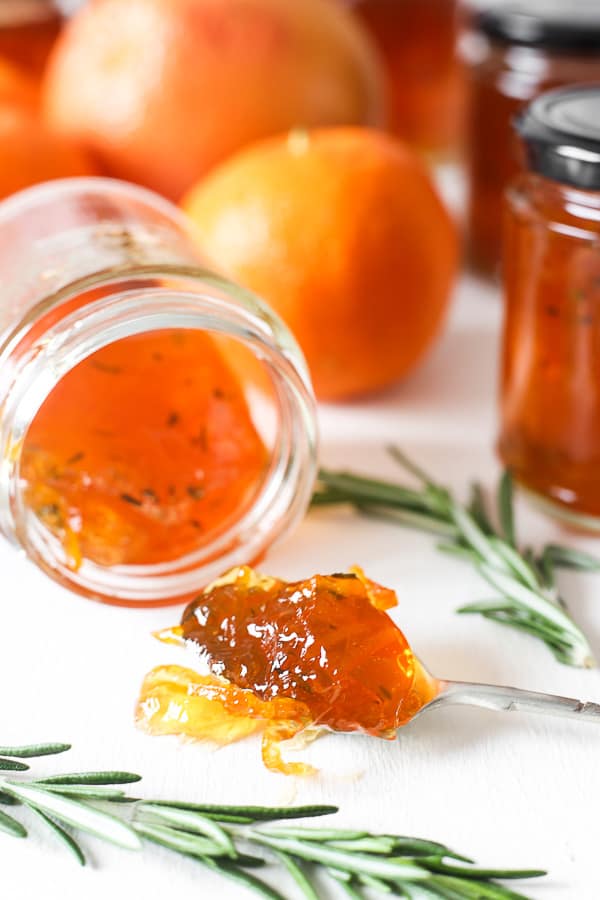 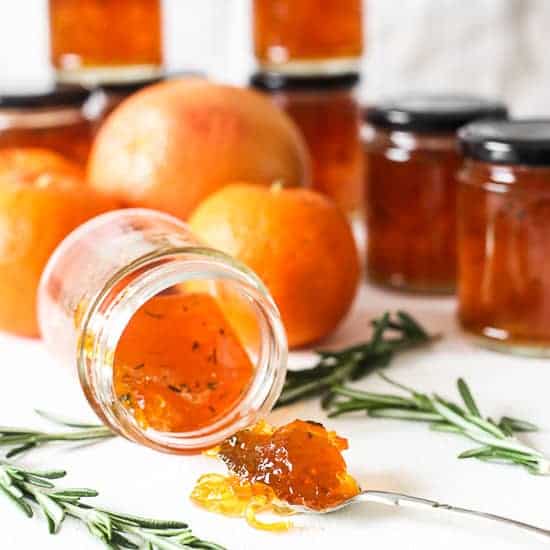 Calories: 82kcalCarbohydrates: 21gProtein: 1gFat: 1gSaturated Fat: 1gSodium: 1mgPotassium: 33mgFiber: 1gSugar: 20gVitamin A: 80IUVitamin C: 9.5mgCalcium: 7mg
Have you tried this recipe?Head to the comment section and let me know what you think!