This Red Velvet Ice Cream takes all the personality of a red velvet cake and rockets it into summer. Velvety, tangy with plenty of cocoa kick. 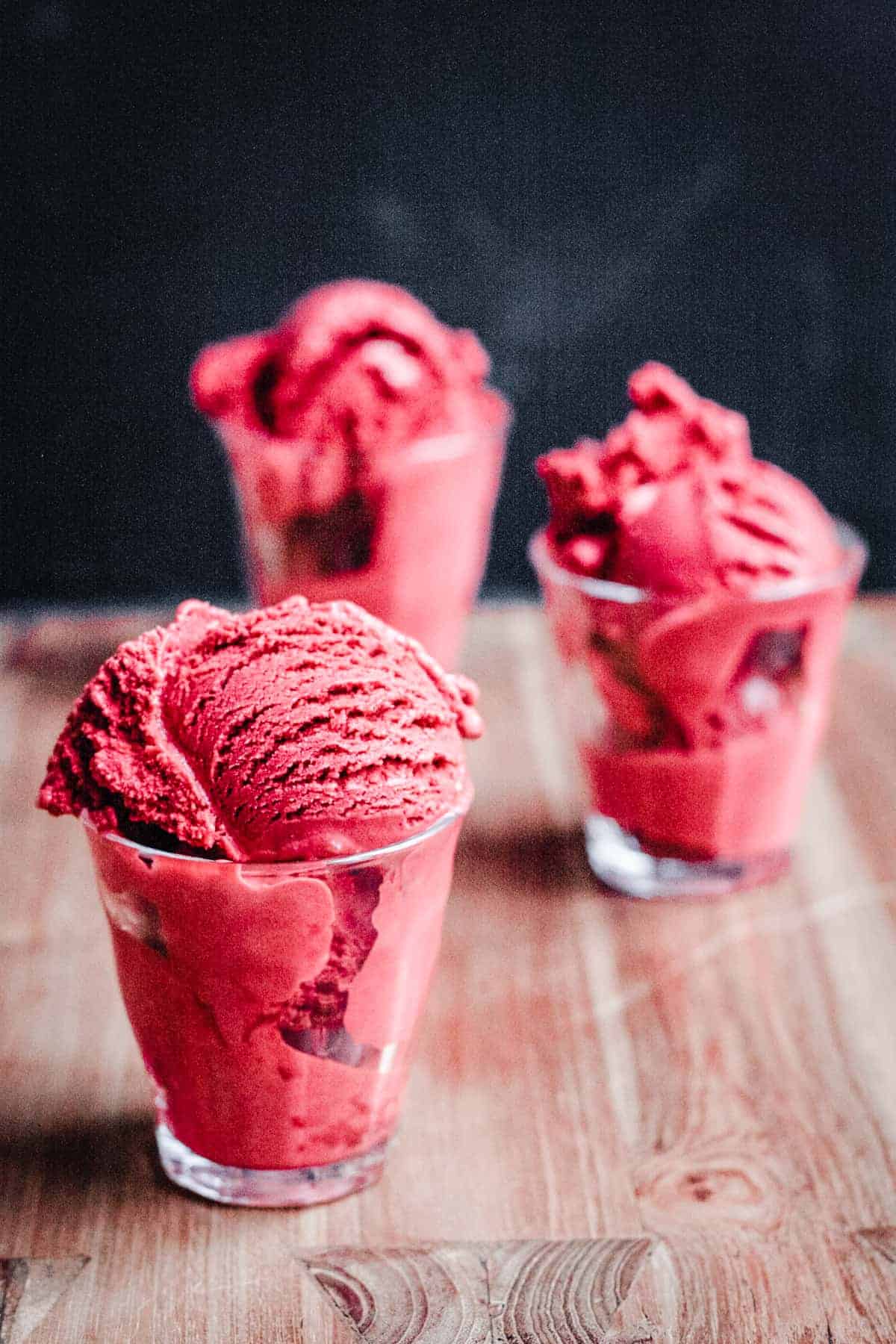 I first tried red velvet ice cream a couple of years ago at Taste of London. It was definitely one of the most popular desserts of the day as everywhere you looked people were clutching at cones stacked high with beautifully scarlet ice cream. I don’t know what it is about red food but it just looks terrifically inviting and we immediately scouted out where people were getting their ice creams from and joined the long long queue to get our own cones. It’s just as well that I can’t remember which restaurant was offering this ice cream as when we first took our first licks it was incredibly disappointing. Stunningly tasteless.

There are a few people who will probably shrug at this as red velvet cakes often seem to be more pomp than circumstance, relying on the food colouring for effect and the only taste really deriving from the cream cheese icing that always adorns them. However, I heartily disagree for I feel that red velvet cake is one of the most subtly complex cakes, blessed with the richness of cocoa, a hint of vanilla and light and tangy with the buttermilk. If you think the cake is tasteless then you are getting your red velvets from the wrong source my friend.

So, I was thinking about this bland red velvet ice cream, and how unfortunate it is when the taste of something doesn’t marry with the beauty of it. It’s been nagging at me for a while and I have been keen to improve my experience of red velvet ice cream and give it a go myself.

So I eventually arrived at this recipe after a lot of failed attempts and can decree that this ice cream really is what red velvet ice cream should taste like. It has a creamy custard base but the quantity of buttermilk used gives the ice cream such a delicately bright flavour. However, it’s not the overriding element and the vanilla and chocolately background gives the ice cream depth and its incredible moreishness.

This ice cream is just wonderful by itself and the glorious ruby of it will pair beautifully with the colours of the season. You are taking the ice cream into another dimension though if you think of serving it with a good wodge of chocolate fudge cake, the ice cream will cut through the richness and I swear will leave you floundering for words. 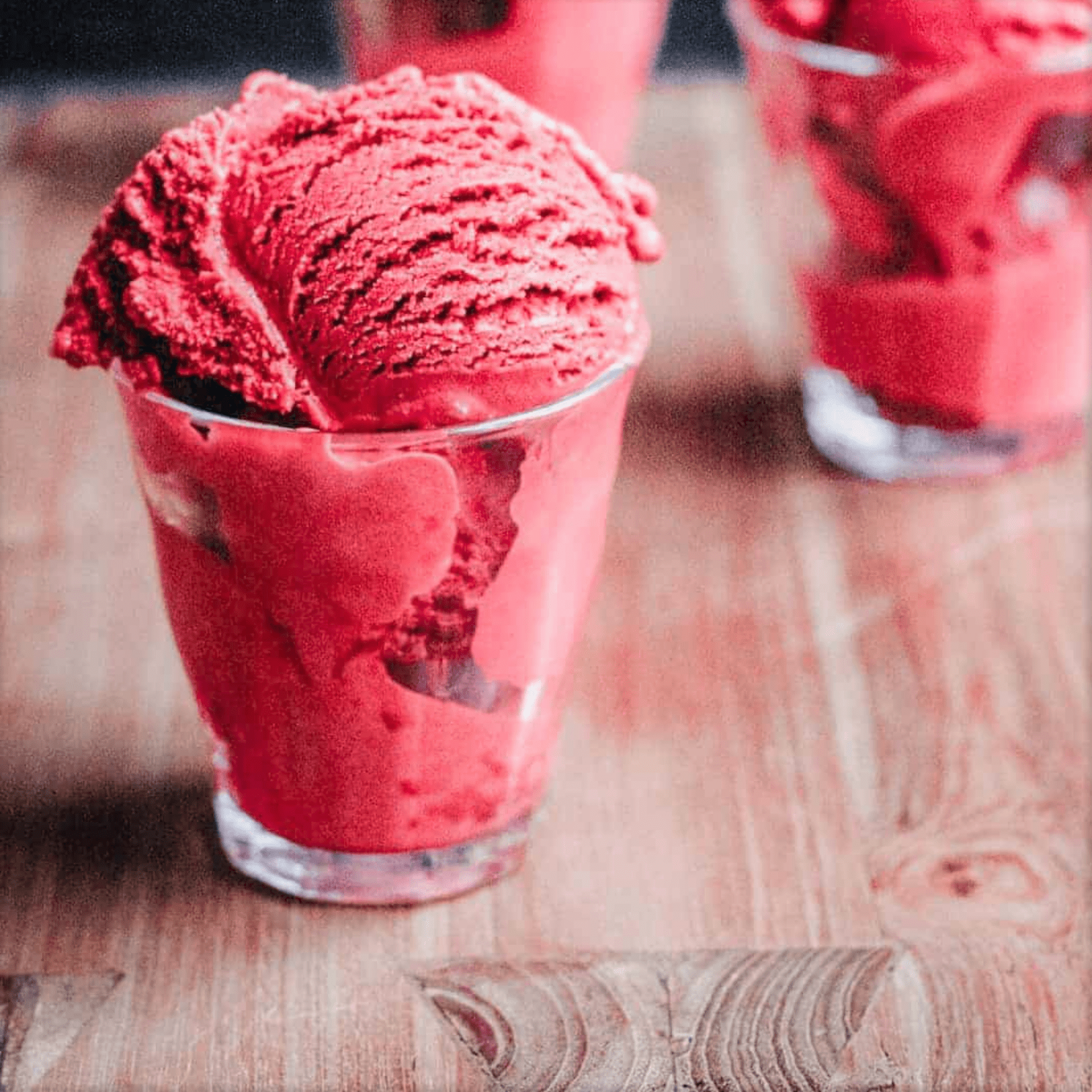