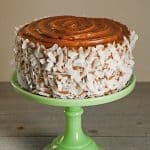 Bounty Cake is a light coconutty gluten-free sponge infused with coconut rum and filled and covered with a lush chocolate swiss meringue buttercream. 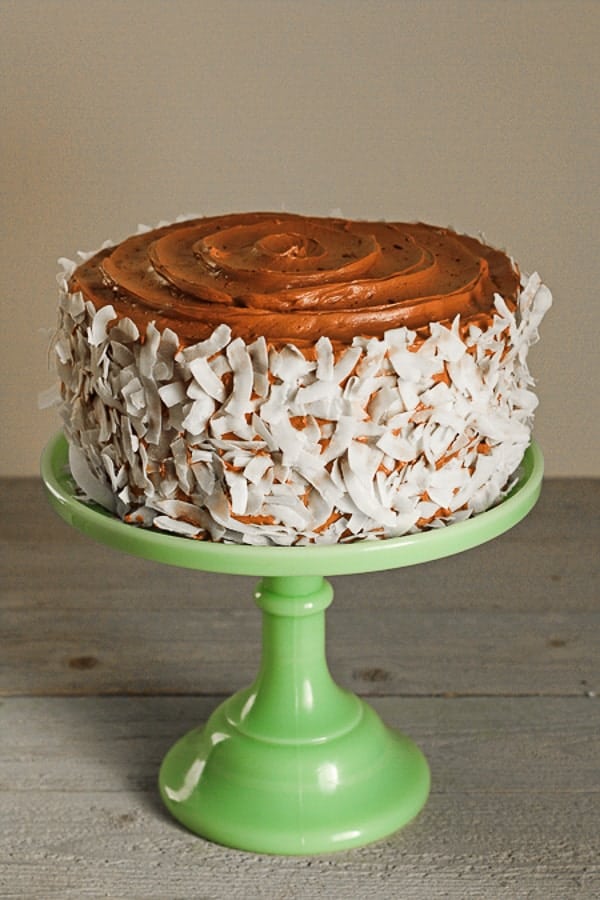 Did Bounty ever have a TV ad? If it did, I don’t remember it. Does this mean that it was such a popular chocolate bar that it didn’t need to advertise. The Bounty knew how amazing it was already. Adverts were for loser chocolate bars, Bounty was far too superior for that, it didn’t need to tarnish itself with lame slogans and cartoon rabbits. There is a word in our house for that kind of attitude Mr Bounty, Smuggo. But it shouldn’t be too complacent in its glory as I was not a big fan growing up. I think it was a chocolate bar designed for adults. I certainly remember my mum always choosing Bounties which we could never understand. Although I think this was clever planning on her part, as she could be confident that we wouldn’t touch them with a bargepole. The chocolate was good but the coconut? Yuk. Give me a Boost and be done.

Now though, I’m partial to a bit of coconut (Chocolate has long been my soul mate. I love you chocolate, always be mine) which is present here four fold. This recipe includes coconut milk, desiccated coconut for that authentic Bounty taste, coconut flour and in keeping with the idea that Bounty is really adult terrain I have gone one better and added grown-up Calpol just to seal the deal. Malibu (although you can use any coconut rum). Which did have a commercial and a slogan which I love to sing-song with glee whenever I bring it out of the drinks cabinet ‘the sun always shines when it pours’. It does, it really does. 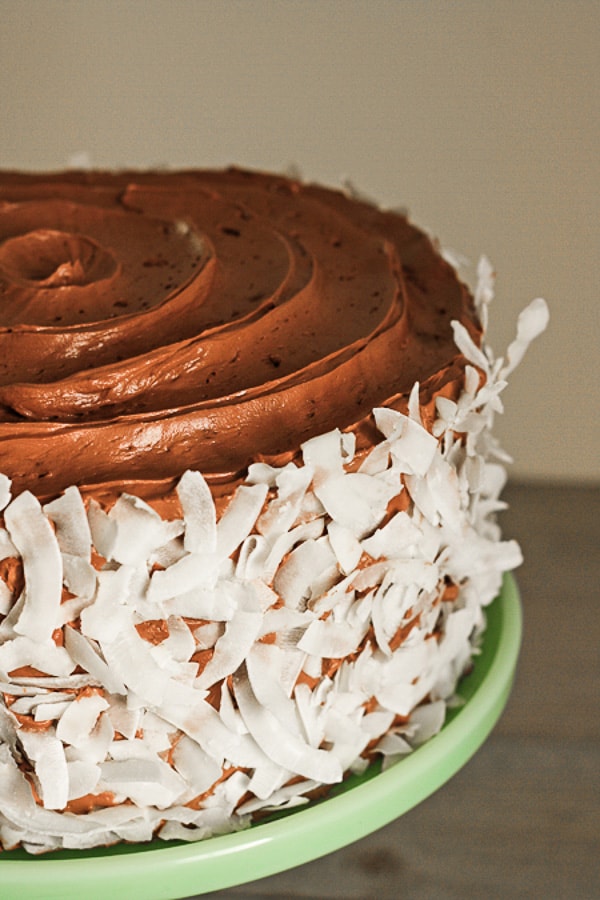 I almost didn’t mention that this wonderful cake was gluten free in the title as I didn’t want you to get all huffy and skip it. Please don’t though as this cake has seriously passed the gluten-free haters test, namely my husband, and I would happily make this time and time again for anyone and everyone. As with the gluten-free sticky toffee cake last week the key is adding in as much extra moisture as you can. This time around, as well as the Malibu and the coconut milk in the cake batter, I used a sugar syrup which is brushed over the cake after baking. The warm sponge soaks up the delicious Malibu syrup, making the cake sticky, moist and scrumptious.

If you have never tried swiss meringue buttercream then you must have a go on your next cake. Do not be put off by the slightly complicated method, it’s really quite easy. If you find normal buttercream a bit sweet and heavy then this is definitely the buttercream for you as it’s the most light velvety buttercream you will ever taste. You could use fresh egg whites but since you need so many then I recommend you use Two Chicks egg whites which come in a handy carton. You only need half the carton so you can freeze the rest ready for your next swiss meringue buttercream cake as after you’ve tried it once you will never go back. 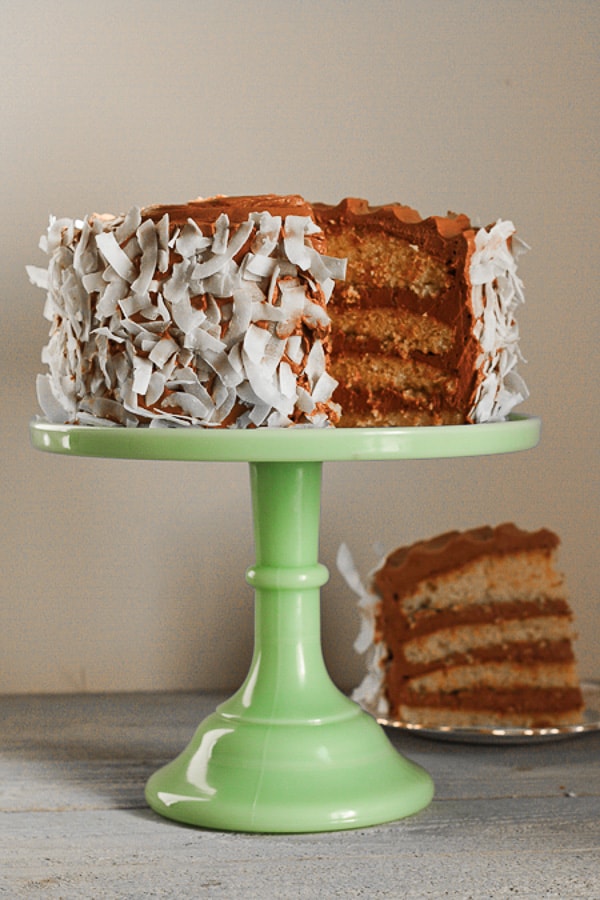