This is an odd post. There is no recipe involved and it's pretty self-indulgent. However, since I'm often asked I’d like to explain why this blog and my business is 100% gluten-free. 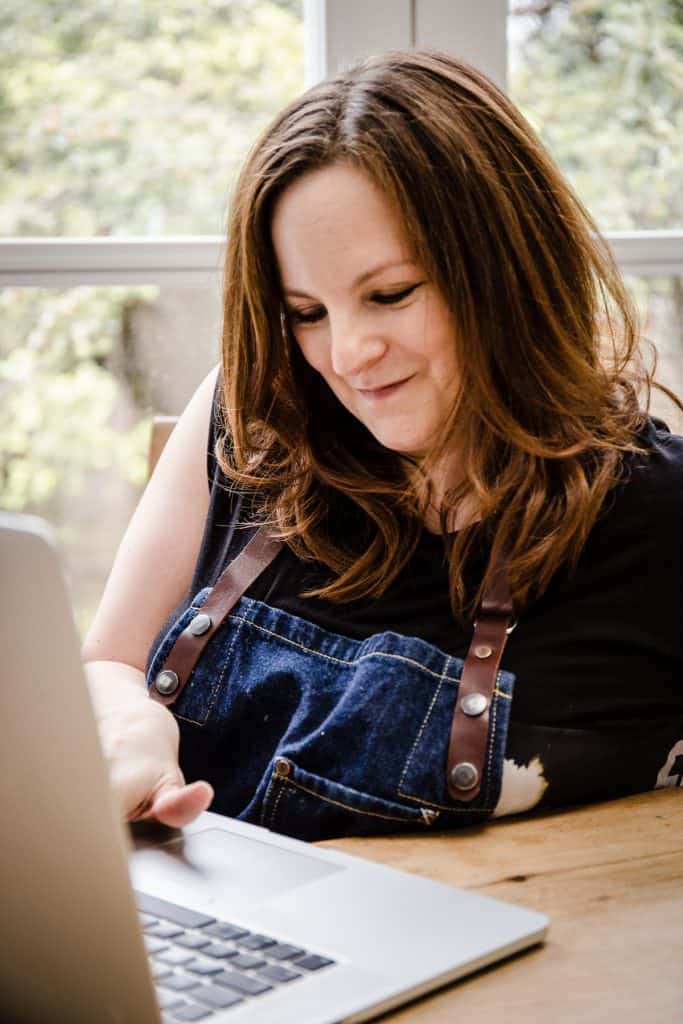 What was wrong with me?

In my early twenties I became quite sick. My symptoms were chronic nausea and the most debilitating fatigue. This led the way to horrible mood swings and depression which then caused stress, weight gain and even more depression. I had every blood test under the sun, maybe I had an under-active thyroid gland? Maybe I had ME? I lost count of the times well-meaning friends and family asked if I might be pregnant.

Guess what? I was gluten intolerant

I ignored my GP’s advice to consider taking medication for depression and instead decided to tackle my weight gain which I thought might help so I began to see a personal trainer and nutritionist. Straightaway she recommended I try cutting out gluten from my diet. It didn’t take long before my energy levels had picked up and the constant nausea I felt had vanished. Hand in hand with exercise my weight fell back down. I ate good nutritious whole food and I felt healthy and happy. Gluten-free bread and I lived happily ever after. The end.

I blame the baking

See, I love to bake. I knew nothing of gluten-free baking and just baked regular cakes. At the time I worked as a TV Producer and only baked for a hobby, giving most of my efforts away to friends, work colleagues and neighbours. I ate a little myself to see how a recipe had turned out, and of course because cake is brilliant, but it was all under control and a touch of wheat every now and then didn’t seem to affect me so much.

After I stopped working full time as a TV Producer I began a food blog. Despite being known for my cakes by colleagues and friends I deliberately didn’t want to focus on that as I knew I had this gluten intolerance and baking and eating cakes every day didn’t make sense. Again, gluten-free baking just didn't appeal. So instead I wrote a general cooking blog with the occasional wheat based recipe. It was very reflective of how I ate at the time.

It was like my self-restriction on baking suddenly erupted into an intense desperate need to combine sugar, eggs and flour at every available opportunity. To combat the overwhelming amount of cakes I started producing I decided to start a cake stall. It seemed the perfect solution, I could bake all the time and then sell what I made thereby not eating any of it.

The other thing that happened was that on the weekend of my second cake stall I discovered I was pregnant.

Buttercream and morning sickness are not a happy combo. My dream of having my own cake stall in reality felt a little like a weird form of torture for nine months. As a result I barely ate anything I made but relied upon tried and true recipes that I had been baking for years. So I still kept to a mainly gluten-free diet and let the customers eat my cakes, which is kind of the whole point of a cake business anyway.

Life with a newborn

Despite my good health intentions I found life with a newborn difficult. I was so out of my depth (that has never changed), tired and constantly terrified (ditto), so I did what any anxious sleep deprived zombie would do and turned to carbs and sugar to get me through the long days and nights. It turns out that for me an excess of carbs and sugar were just gateway drugs to gluten. Soon I had an endless packet of digestives in the pocket of my nursing chair, I ordered cake for breakfast at cafes alongside my new mummy friends and absorbed thick wedges of toast in lieu of actual meals.

A few months into motherhood I was excited to start up my cake stall again and began recipe testing for the re-launch. Something had changed though. These recipes were not making me happy, the cakes that I was producing were delicious but I had no appetite for them and recipe testing was proving a really unenjoyable task. It took me longer than it should to realise that the consistent exhaustion and illness I had been feeling of late wasn’t the normal side effects of having a baby, after all he was pretty much sleeping through the night by this point. It was all the gluten I had begun ingesting again in complete denial of my intolerance. What an idiot. It’s one thing feeling crappy when there is only yourself to look after but my permanent gluten hangover made looking after a growing child more difficult than it needed to be.

Embarrassed by my gluten intolerance

As I took a hard look at myself I realised that for years I had been embarrassed by my gluten intolerance. Although I ate well privately, when I was unleashed into the big wide world I couldn’t commit to revealing to friends that I was gluten-free or double checking with restaurants the ingredients of each dish. I don’t like to make a fuss or call attention to myself so I didn’t.

When I started being honest about my gluten intolerance I actually found my food freedom. I don’t care if the naysayers think it’s a fad or fussy or want to question why I ate spaghetti perfectly happily for the first twenty years of my life without any drama. I don’t need to explain science’s current thinking as to why gluten intolerance is on the rise. I just know how I feel and gluten makes me feel like crap, so if you don’t mind I think I’ll give it a pass. 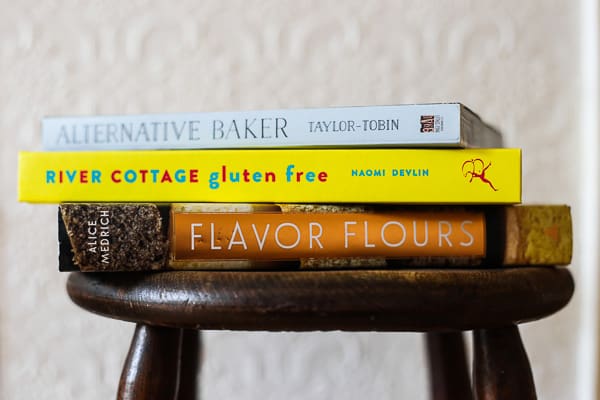 One of my most important moments in terms of being a baker came when I started learning more about alternative flours and a lightbulb went off in my head. There were other flours out there besides wheat flour and what’s more, they tasted amazing. They may not behave like wheat flour but that was okay, they did other things which were even more interesting.

These days I devote myself to developing gluten-free recipes and everything on my cake stall including all my preserves is now totally gluten-free. You know what, everything I make tastes even better than ever.

I converted a lot of my older recipes on the blog to be gluten-free and I have been amazed by how much I prefer the alternative versions. However if you do find a recipe that you want to make which still contains gluten then contact me and I'll help convert it with you.

In the meantime you might find these posts really helpful if you want to start learning about gluten-free baking and flours:

The Ultimate Guide to Gluten-Free Cakes