These Coriander Sweetcorn Fritters are so lovely bright and fresh full of Thai flavour. 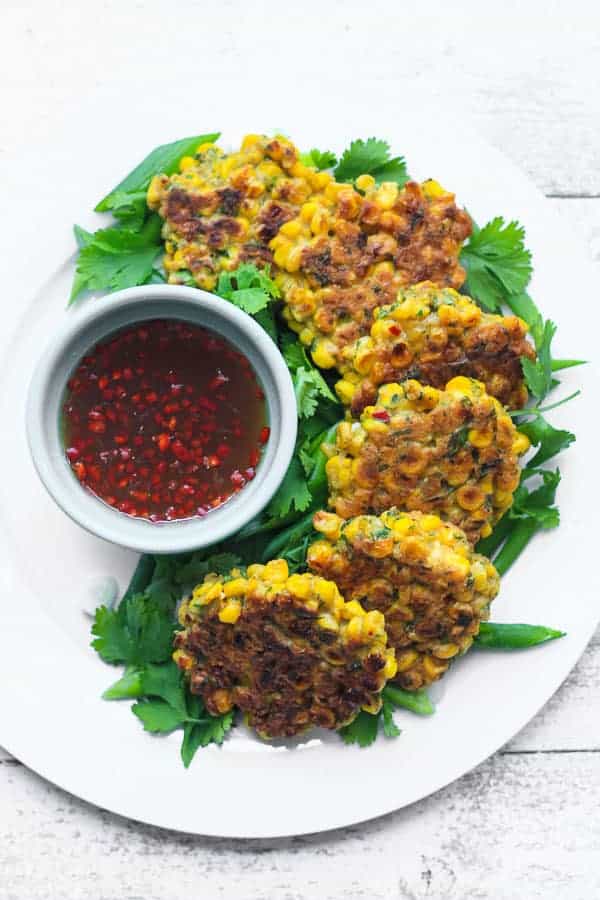 I have food envy a lot.

I am envious of restaurants people have been to that I can’t get a table at (Dabbous I’m looking at you, although we have finally managed to get a table for my birthday in November, woo! and we’re only two years late to the party), I am jealous of food I shouldn’t eat (my husband went to the final of Burger Monday a couple of weeks ago and I turned down the ticket due to a sudden flash of food guilt, I’ve been regretting it ever since), I am jealous of recipes I didn’t write but the worst is when you are envious of something right in front of you. 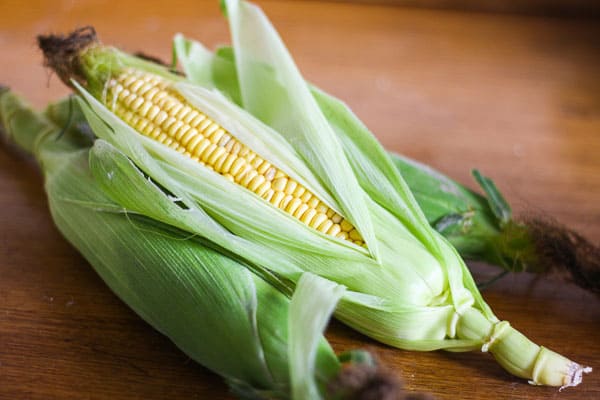 That’s how I felt the other week when we embarked upon an innocuous mid-week meal at our local Thai in Crouch End. We both had the same menu so it wasn’t that I couldn’t have chosen them if I had wanted, god knows what I actually ordered. I barely batted an eye when he ordered the sweetcorn fritters, I probably had some fishcakes or something to think about. Oh yes, that is what I ordered, I just remembered, not a terribly innovative choice, no wonder I forgot. Anyway, those fritters. I may even have been a little disappointed that he ordered them, I am not a big sweetcorn fan and I am often dissuading him to include them in our weekly shop, feigning the fact that they are a bit pointless unless we are having a barbecue.

So the starters arrived and I probably started gobbling at my fishcakes because how was I to know what was going on over the other side of the table, when out of the blue I was offered a little morsel of his fritter to sample. That’s all I remember, the rest is a bit of a blur. I seem to recall shooting my hands across the table and pulling the plate before me, casting my fishcakes asunder and devouring the rest of his fritters but I couldn’t swear on that fact.

I have vague memories of my father making sweetcorn fritters when I was young and these little buddies tasted so familiar. Whether he made them the once or it was a regular thing I have no idea but they must have inadvertently released some sort of proustian moment. Whatevs, they were delish and a half and food envy is not a pretty sight. 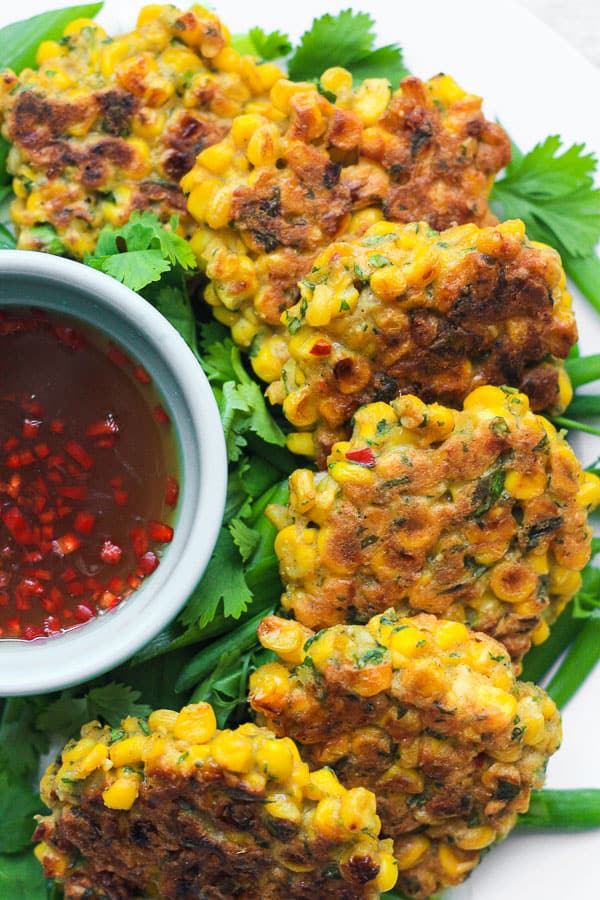 At the weekend we were at Broadway market queuing for The Frenchie. Well, at least my husband was queuing for The Frenchie. I was having another food envy moment as I had eaten too much cake the day before and was attempting to draw the line somewhere and was miserable about doing so. So we were queuing and I was casting a grumpy eye about, whilst at the same time trying to discourage the puppy from eating whatever gubbins people were dropping on the pavement, when I noticed the stall next to The Frenchie selling fresh corn on the cob. That’s nice, I thought, how very farmers’ market, amidst all the new trendy street food, although admittedly they were also serving it grilled with butter, they weren’t completely behind with the times. These sweetcorns though were rousing a bit of interest in me and I couldn’t quite put my finger on why I was suddenly conjuring up in my mind fragrant coriander, the heat of chilli and the zestiness of lime. I was imagining sweet kernels crunchy on the outside, slightly chewy on the inside and plunged into umami rich dipping sauce. As I slowly awakened from this reverie I noticed something had changed, I was still queuing next to my husband but now I had three corn on the cobs sticking out of my handbag.

So thus these fritters were born and they are pretty damn yummy. 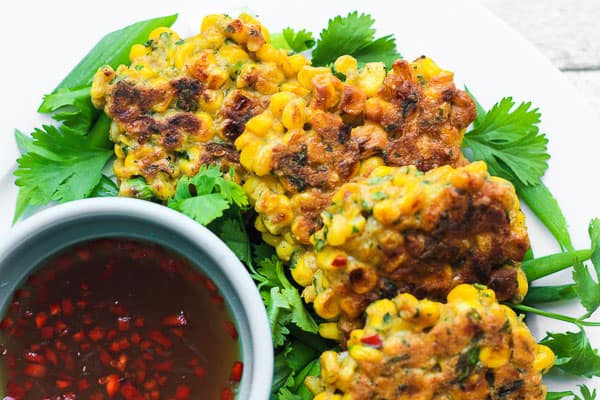 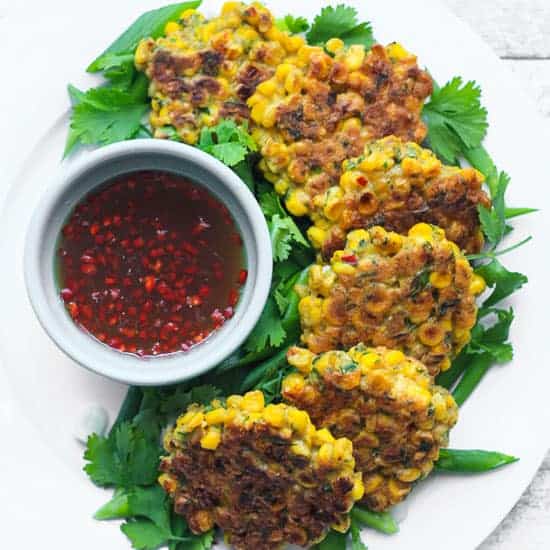